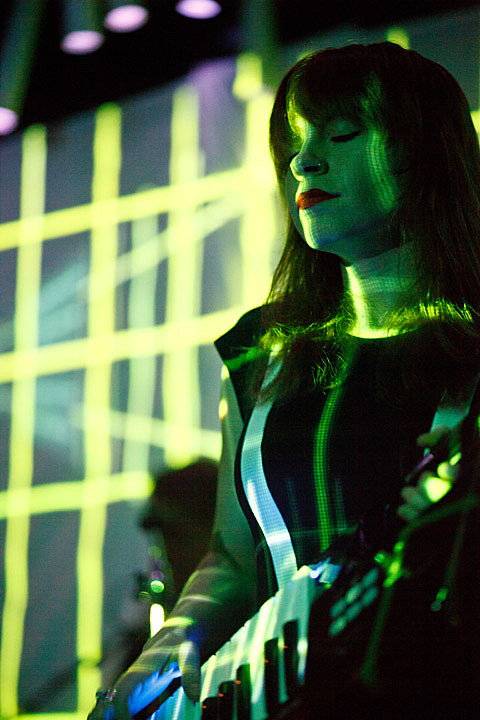 Future Punx, Roses, Darlings, "The Light in Spanish",The Beds @ Death by Audio
Even on a busier night, this DbA show would be a good option. Tonight marks the first NYC show from Roses, the new band from Juan Velazquez who used to be in LA's Abe Vigoda. Their dark postpunk-y pop will go well with headliners Future Punx's new wave redux and Darling's straight-up indie rock. As for openers The Beds, maybe someone can shed some light on who they are. Speaking of light, "The Light in Spanish"? Himm.

Drowners, Spires, Mainland, The Can't Tells, Little Racer @ Brooklyn Night Bazaar
The Deli has been zine-ing the scene for ten years and are celebrating the anniversary this weekend with shows at Brooklyn Night Bazaar. Tonight features quality pop-rock from the likes of Drowners, Spires, Little Racer and more. Free and don't forget to RSVP to skip the line.

Supersuckers, Ten Ton Mojo @ Gramercy Theatre
Supersuckers have been putting out quality cowpunk, garage rock and more since the early '90s, and this year they returned with Get the Hell, their first album since 2008. We'll likely hear some of that tonight, and hopefully some classics too.

The Offspring, Bad Religion, Pennywise @ Stone Pony Summerstage
Speaking of 20th anniversaries, The Offspring's classic, Smash, is two decades old this year. They'll play that in full, with the undercard being their old Epitaph labelmates Bad Religion and Pennywise.

Blackfinger, Beelzefuzz, Kings Destroy @ The Acheron
Original Trouble singer Eric Wagner fronts doomish psych rockers Blackfinger, who are supporting of their eponymous debut which came out back in January. If you haven't caught Wagner's classic warble yet, this is a great opportunity.

Ivy, Ajax, Nandas @ Lulu's
There's not too much going on in NYC tonight, but it's as good a night as any to grab some free pizza (with your beer) at Greenpoint bar Lulu's -- which is sadly closing in a week -- and catch some of NYC's better local punk bands.

DJ Mustard, Shift K3Y, Alex English, rekLES @ Webster Hall
London producer Shift K3Y's recent single "Touch" is pretty addictive and sounds like it'll sound great in a big room like Webster Hall. DJ Mustard has been behind some of the better rap songs of late, so his set should be fun too.

Guardian Alien, Grasshopper, Raajmahal, Good Willsmith, Sugarm, Velvet Zombie @ Trans Pecos
It's a night of experiment noise-n-drone and other out there stuff, headlined by Guardian Alien which is helmed by sometimes Liturgy drummer Greg Fox.