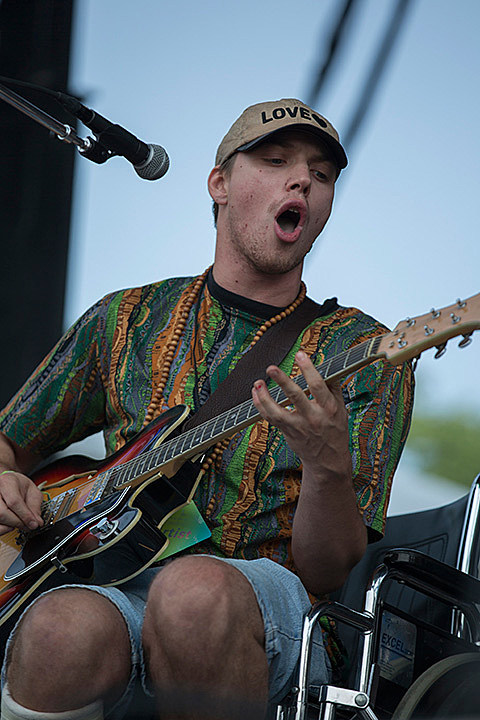 Twin Peaks, The Lemons @ Mercury Lounge
Chicago's Twin Peaks make fun, summery garage rock not unlike their pals in The Orwells. Tonight's their first of two NYC shows on their tour with The Lemons, whose catchy lo-fi pop is worth showing up for.

Tori Amos @ Beacon Theatre
Since the early '90s Tori Amos has moved between alternative-tinged piano pop, trip hop, orchestral music and more. On this year's Unrepentant Geraldines she's in a piano pop mode that's somewhat of a return to form. This is her second of two Beacon Theatre shows on her current tour supporting the new LP.

Summerscreen w/ DJ Dog Dick, Earth Eater @ McCarren Park
Tonight's the final Summerscreen of the summer, and before a screening of Spice Girls movie Spice World (chosen by the audience), we'll get live sets from the highly experimental DJ Dog Dick and Earth Eater, who may both be the polar opposite to the Spice Girls. Maybe if they let it all bleed together it'd sound like Grimes.

Mike Wexler, Ellen O., Phoenicians @ Union Pool
Mike Wexler's a modern artist, but his psychedelic folk sounds straight out of 1969. Take a trip back with him at Union Pool tonight.

Ramming Speed, Bird Death, Grudges @ The Acheron
Boston's wild Ramming Speed make party-hard thrash with more than a little punk thrown into their metallic mix. They return to NYC to rile up the Acheron tonight.

The Big Terrific @ Cameo Gallery
Max Silvestri hosts the free weekly comedy show in the back of Williamsburg's Lovin' Cup. No word on who's performing tonight, but Max usually lets us know via his Twitter.