Greys at Shea Stadium in July 2013 (more by Vladislav Grach) 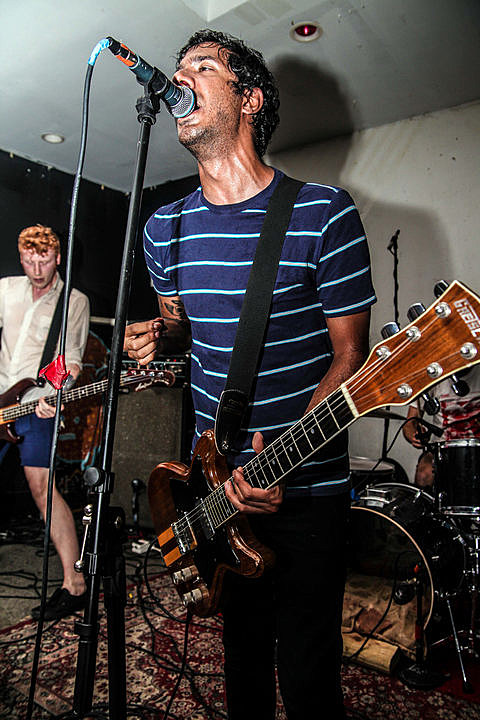 Greys, The Dirty Nil, Hector's Pets, Washer @ Baby's All Right
Toronto noisepunks Greys may knock you back from sheer force, but they are also a precision driving machine. Their debut album came out in June via Carpark and their tour with fellow Canadians the Dirty Nil slams into Brooklyn tonight.

Outside World, Matchess, Husbandry @ Death by Audio
Chicago's Outside World make hooky, anthemic janglepop in the tradition of Tommy Keene, The Barracudas and The dB's, the latter of whom they opened for in their hometown. (More connections: bassist Hazel Rigby is daughter of dB's drummer Will Rigby.) They play with fellow Chicagoans and Verma offshoot Matchess (singer Whitney Johnson) whose spooky, synthy Seraphastra is streamable below.

Statik Selektah @ S.O.B.'s
Long-running DJ Statik Selektah releases his new album, What Goes Around, this week via Duck Down with tons of killer collaborations from Action Bronson, Joey Bada$$, Talib Kweli, Ab-Soul, Sheek Louch, Styles P, Snoop Dogg, Dilated Peoples, Royce Da 5'9, Black Thought, Bun B, POS of De La Soul, Sean Price, Pharoahe Monch, Freddie Gibbs and more. If even a couple of those folks show up for tonight's show, it would be worth checking out.