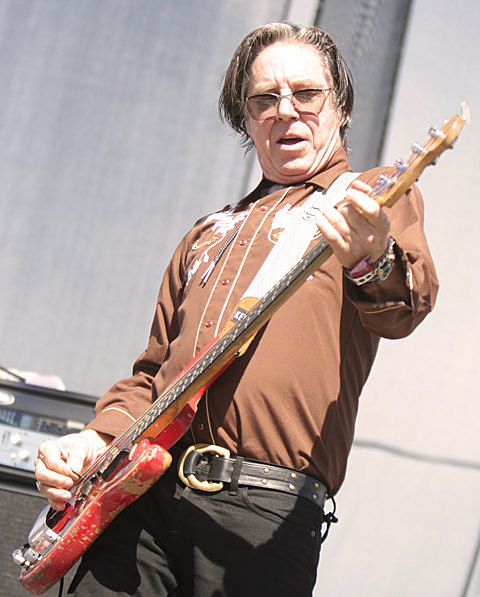 Hieroglyphics @ Brooklyn Bowl
Del The Funky Homosapien's already played some pretty big shows this year with his reunited Deltron 3030, and now he's with one of his other groups, Hieroglyphics. If you're looking for great, forward-thinking rap tonight, Brooklyn Bowl is the place to be.

The Clean, Jared Eggers and the Throbbing Thugs @ Rough Trade
Infinitely influential New Zealand legends The Clean just got their entire output released on one four-LP vinyl box via Merge and play their first of two sold-out NYC shows tonight.

Bishop Allen, Alden Penner @ Glasslands
It's been five years since Brooklyn pop outfit Bishop Allen released their last album,Grrr..., and you'd be forgiven if you assumed they broke up. They've just been busy with other stuff -- acting and scoring indie movies, creating a popular dating site, among other things -- but main members Justin Rice and Christian Rudder reconvened last year to write and record a new album, Lights Out, which came out this week. Tonight's the release party.

THEESatisfaction @ MoMA
Shabazz Palaces collaborators warp R&B similarly to the way their pals in Shabazz warp hip hop, resulting in genuinely weird but catchy stuff. This evening show in MoMA's outdoor courtyard should be a cool one.

She Keeps Bees, Eddi Front, Raccoon Fighter @ Cameo Gallery
She Keeps Bee's has a new album on the way which features Sharon Van Etten, and if you're a SVE fan you should probably dig into this too. Catch them and hear some of the album's material early, tonight.

New Myths, Teen Commandments, Control Group @ Pianos
Brooklyn synthpop trio New Myths will release their debut album this fall. Before that happens, they're doing an August residency at Pianos, and this is your third of four chances to see them.

Sean Nelson (of Harvey Danger), Shenandoah Davis, Prairie Empire, Small Houses @ Union Hall
Though Harvey Danger is sorely missed, singer Sean Nelson put out a solo album last year which was pretty in line with their last LP, and contained some good stuff. We'll probably hear some of that (and hopefully some Harvey Danger too) at tonight's one-off.

Midnight Masses, Bloodletters and Bad Men @ Mercury Lounge
Trail of Dead side project Midnight Masses put a new album out this year and they're currently on a short tour that hits NYC tonight for its second of two shows this week.

Biohazard, the Last Stand, Shadows of Dawn, Vice @ Marlin Room @ Webster Hall
Longrunning hardcore-turned-rapcore band Biohazard have continued on with a new singer after Evan Seinfeld's departure in 2011, and you can see their current incarnation tonight.