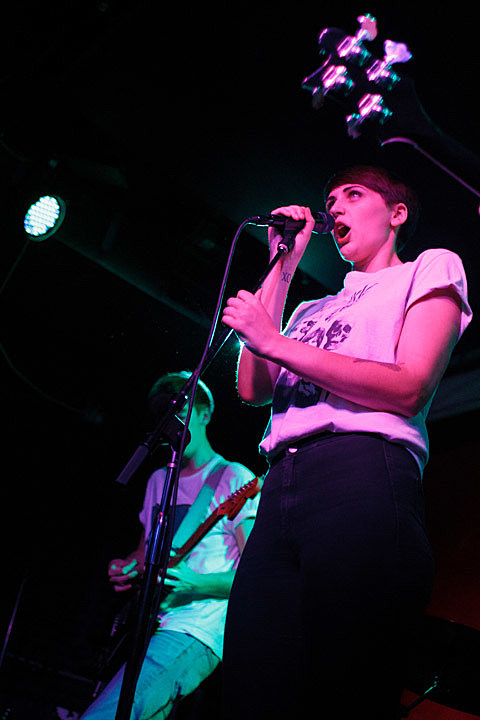 Perfect Pussy, Joanna Gruesome, Potty Mouth, Love of Everything @ Shea Stadium
UK noise popsters Joanna Gruesome will play a free show at the South Street Seaport on Friday, but if you'd like to see them somewhere much smaller (and hotter, sweatier, etc) and with a killer lineup that also includes noise punks Perfect Pussy, indie rockers Potty Mouth and the Joan of Arc-related The Love of Everything, Shea Stadium tonight is the place to be.

Cymbals Eat Guitars, Grooms, Bug Arms @ Baby's All Right
Cymbals Eat Guitars make some serious rock music on their new album, LOSE, which expands upon their already-solid sound and includes some of their best songs yet. The record's out today and this is the release show.

Alice Cohen, Monomyth, Nap Eyes @ Cake Shop
Art pop songwriter Alice Cohen has been making music for decades, and her current project as a solo artist is a regular on the NYC DIY scene.

Drake, Lil Wayne @ PNC Bank Arts Center
Over the course of his three albums, Drake's evolved into someone capable of making some of the best modern pop songs in recent memory. His old pal Wayne co-headlines this show with him.

Filed Under: Bugs and Rats, Chat Logs, Lair, Skimask, Yellowman
Categories: Music News, What's Going on Tonight in NYC
Comments
Leave A Comment
Back To Top
RELIVE IT: The 2019 Coney Island Mermaid Parade in pics
Pitchfork Fest reportedly looking at September for this year
Watch New Radicals play “You Get What You Give” for Inauguration Parade
17 New Songs Out Today
27 punk drummers cover “We Are The World” for Inauguration Day
Tomahawk prep first album in 8 years, Ipecac posts new teaser video
NYC subway station and street sign given makeover to celebrate Biden’s inau…