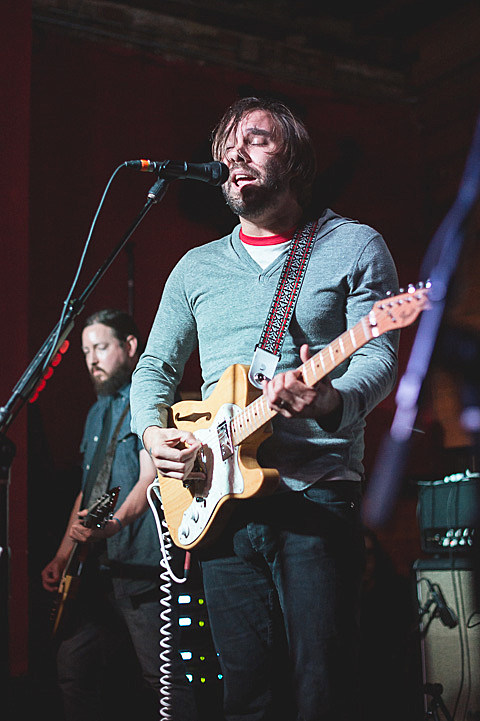 Mineral, Into It. Over It., Frank Turner @ Saint Vitus
One of the most beloved bands of emo's late '90s period, Mineral, are back for their first tour in 17 years, and the first tour since the release of their slowcore-leaning classic swan song, EndSerenading. Tonight's the first of four sold-out NYC shows, all of which are opened by newer emo band Into It. Over It. Frank Turner's playing a solo set as a special guest opener at this one as well.

The New Pornographers @ The Brill Building
The Canadian supergroup playing their terrific new album Brill Bruisers at the actual Brill Building... a match made in heaven. (Or Matador's marketing department, whichever.) You had to win tickets to this NPR-presented show but we hear it's a street-level storefront...if you're in the area around 8 PM, you might catch a glimpse.

Interpol, Luke Temple @ Bowery Ballroom
This is the second of three celebratory shows for locals-done-good Interpol around the release of their back-to-basics new album, El Pintor. Tuesday's show at The Met leaned heavy on the first two albums. Will Bowery get the same tonight?

Alt-J @ Rough Trade NYC
This past Tuesday, Alt-J debuted more than half of their new album at Le Poisson Rouge. Tonight they've got another intimate pre-release show here in NYC, and we can likely count on another big chunk of the new LP.

Part Time, Sea Lions, Wax Witches @ Glasslands
San Francisco's Part Time walk a similar line to Ariel Pink, taking soft rock and synth pop, twisting it and making it their own. Their new tour single, "My Jamey," is ridiculously catchy. It is disappointing that scheduled tourmates Gap Dream pulled out before the trek began, but they got a good replacement in Oxnard, CA's charmingly shambolic The Sea Lions. This should be a fun show.

Crazy Spirit, Dawn of Humans, The Lowest Form, Hank Wood & The Hammerheads @ The Acheron
If you're into raw, dirty and ruthless punk, this bill showcases some of the strongest stuff in that genre that NYC has to offer teaming up with the UK's The Lowest Form. Expect male nudity (Dawn of Humans), organs (Hank Wood), and just general craziness (everyone).