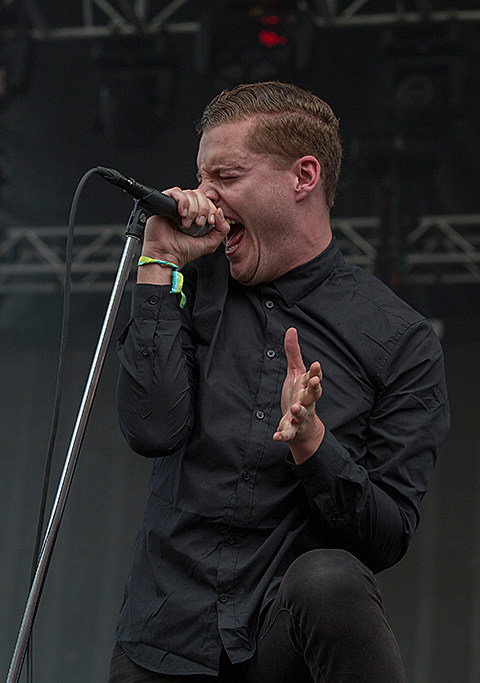 Deafheaven, No Joy, Indian Handcrafts @ Music Hall of Williamsburg
Deafheaven's attack on the eardrums pulls a little from black metal, post-rock, shoegaze and screamo into a mix that's just wildly intense. The openers tonight represent two different sides of their sound, the shoegazy No Joy (who were REALLY loud at their Brooklyn show last month) and suppliers of stoner riffs Indian Handcrafts. Sold out.

Rat Columns, The Stevens, Outside World, RIPS @ Death by Audio
The Melbourne scene is a bit incestuous, with lots of people playing in multiple bands, tonight's a good example. Rat Columns (UK '80s style jangle) and The Stevens ('90s indie rock a la Pavement) have ties to Mikey Young of Total Control/Lace Curtain/Eddy Current/etc. And both are well worth seeing. Also on the bill: Outside World who make the kind of powerpop that would've sounded at home on the first dB's record.

Nine of Swords, Cop, Krallion, Chain Gang Grave @ Palisades (3 PM matinee)
Local rippers Nine of Swords make a punishing mix of punk and screamo, and their matinee at Palisades today is one of your more intense ways to spend a Sunday afternoon.

Against Me! @ Baby's All Right
Against Me! made a killer return this year with Transgender Dysphoria Blues, one of their best albums to date. They've been playing pretty big venues on their current tour opening for The Gaslight Anthem, but tonight you can catch them somewhere much smaller. Starts at midnight.

Alice Boman, Fielded, Tomten @ Baby's All Right
Earlier in the evening at Baby's it's Malmö, Sweden's Alice Boman who makes haunting, minor chord confessionals that are strikingly beautiful. Her first two lovely Swedish EPs were just packaged together and released in North America.

Gary Lucas @ Baby's All Right
And before that, Baby's hosts their early evening Classic Album Sundays listening event for Jeff Buckley's Grace with a live set from Gary Lucas, whose band Gods and Monsters once included Jeff as a member and who has taken part in other Jeff Buckley tributes over the years.

Lorde, Majical Cloudz @ Pier 97
Australian pop ingenue/sensation and emotional bare wire Majical Cloudz may seem like a strange match for touring partners, but here we are.

Steely Dan @ The Paramount
Donald Fagen and Walter Becker bring Steely Dan's "Jamalot Ever After" tour to The Paramount for two nights, this being the first. Wear your bad sneakers if you like, but we have a feeling they don't serve pina coladas there.

Categories: Music News, What's Going on Tonight in NYC
Comments
Leave A Comment
Back To Top
Gathering of the Juggalos 2021 in (NSFW) pictures
Watch Joyce Manor cover My Chemical Romance’s “Helena” & play their s/t deb…
Get Nuclear Assault’s 1989 thrash classic ‘Handle with Care’ on limited blu…
Indie Basement (9/17): the week in classic indie, college rock, and more
Hundreds of AU release new EP ‘A Briefing on the Human Condition’ (listen)
Vancouver post-punks ACTORS prep ‘Act of Worship’ (watch the “Cold Eyes” vi…
Somerset Thrower made a video for “Lucky You,” playing shows with I Am The …