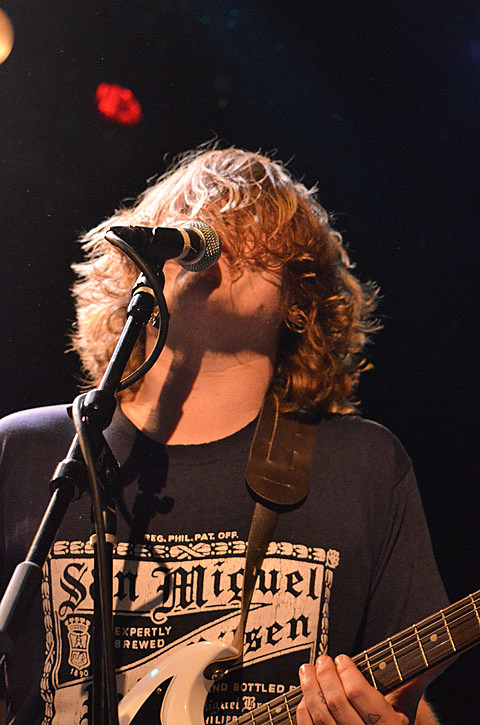 Islands, TEEN, Cantina @ Baby's All Right
Though The Unicorns reunion only consisted of a few shows, Nick Diamonds is still staying active with his band Islands, who have been pretty consistent since the Unicorns' initial demise. They return to NYC tonight for this show with TEEN, who are also worth catching.

Slow Club, Nick Mulvey, Margaret Glaspy @ Bowery Ballroom
UK duo Slow Club released their third album, Complete Surrender, earlier this summer. Continuing the trajectory of 2011's Paradise, Rebecca Taylor and Charles Watson have left their winsome acoustic days behind in favor of a much fuller pop sound. They remain charming as ever, though.

The English Beat @ Brooklyn Bowl
If you aren't too concerned that Dave Wakeling is the only original member of the band, and don't mind hearing General Public songs too, you'll probably have a good time singing along to "Save it for Later," "Mirror in the Bathroom" and "Tenderness."

Literature, Gingerlys, Expert Alterations, Kissing Is A Crime @ Death By Audio
A very solid night of jangly indiepop, headlined by Philadelphia's Literature whose new album, Chorus, is a real sparkler. The band are a lot of fun live too, and loud.

How To Dress Well, Nite Jewel @ Irving Plaza
How to Dress Well's roots as a lo-fi R&B artist are pretty far behind him, as he's now got a bigger sound and is using it to express himself as a serious songwriter. He only keeps getting better, as tonight's show will surely prove.

Lia Ices, My Body @ Mercury Lounge
Lia Ices' last album had her collaborating with Bon Iver's Justin Vernon, and this time around she's taking a much different approach, working with A$AP Rocky/Lil B producer Clams Casino. The results are interesting to say the least.

Alexander Turnquist, Anawan, EvaSalina, TIGUE @ Pioneer Works
Like his other works, Turnquist's new album Flying Fantasy combines the busy picking of American primitive guitar pioneered by John Fahey, the modern classical minimalism of Steve Reich, and the ruminative, reflective qualities of a new-age composer such as Lubomyr Melnyk. After a few health scares, he's back in action and this Red Hook venue should be a cool place to catch him.

Big Terrific Comedy Show @ Cameo
Max Silvestri hosts the free weekly comedy show in the back of Williamsburg's Lovin' Cup. No word on who's performing tonight, but Max usually lets us know via his Twitter.