Panda Bear @ Warsaw in May (more by PSquared) 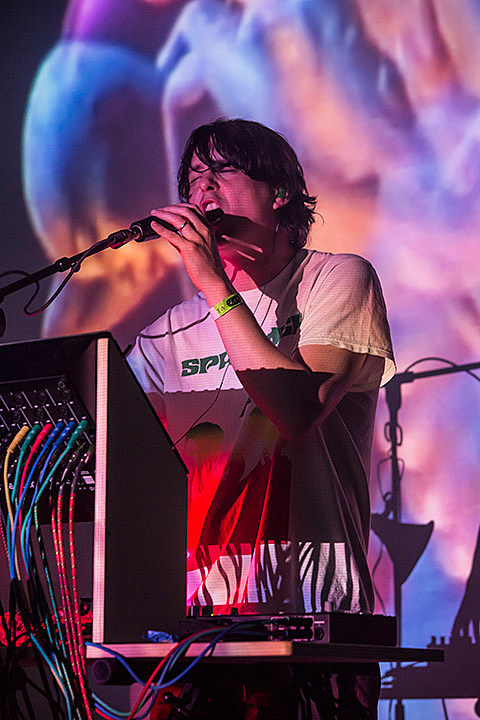 "Rawk Hawks," "Naranja Bausch," Big Ups @ Shea Stadium
The two top-billed bands at this Shea Stadium show don't seem to exist, but "Rawk Hawks" is a fake song title off the leaked tracklist of Julian Casablancas & the Voidz' new album. Could it be them? And who is "Naranja Bausch"? Big Ups, we know. Sold out.

Courtship Ritual, Mister Small, Jerry Paper, Dinner @ Baby's All Right
With Monica Salazar's strong, charismatic vocals and Jerem Olstead's liquid bass and spare backing, duo Courtship Ritual's mossy vibe recalls Eno, Japan and early Love & Rockets but not really sounding like any of them. Their album on GODMODE is well worth checking out. Opening the night is Danish artist Dinner who just signed to Captured Tracks.

YOU, Evil Arrows, Kwame and the Uptown Shakedown, Elizabeth & the Catapult @ Glasslands
Brooklyn-based post-punk trio YOU. just released their third album, Sunchaser, via Dais Recordings. The band made the album with Cult of Youth's Sean Ragon and though they may be chasing the sun, they don't seem to be catching it if the album's gloomy-in-a-good-way songs are any indication.

Panda Bear, Blues Control @ Music Hall of Williamsburg
While there's still no firm date on Panda Bear Meets the Grim Reaper, you'll probably get a few (or more than a few) songs from the Animal Collective member's new album at this show tonight.

Yacht, White Fang @ Rough Trade
Having just signed to Downtown records, Portland dance duo Yacht will be trying out new material on this tour, plus old favorites too. This is their second of three NYC shows with White Fang. Tonight is sold out.

Startalk Live! @ The Bell House
The Eugene Mirman Comedy Festival wraps up its 2014 run with a second night of this popular science/comedy podcast taping, tonight with Neil deGrasse Tyson and "special guests." Sold out.