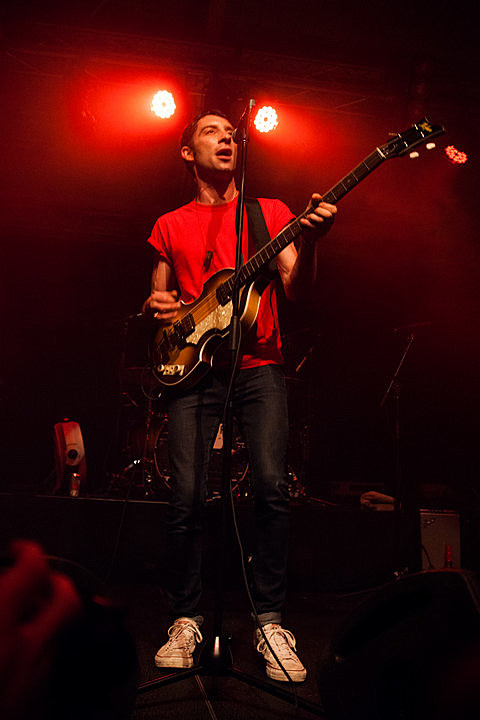 The Black Lips, King Khan & BBQ Show, Habibi @ Irving Plaza
This two-night NYC stand (tonight at at Irving Plaza, Wednesday at MHOW) sounds like trouble -- in a good way. A double-dose of party-friendly garage and soul, get in it.

Eternal Summers, Darlings, Boytoy @ Knitting Factory
Last time Eternal Summers were through, they played a LOT of new songs from their next album which is already in the can. Expect new ones tonight too. Support is good tonight, with Darlings' poppy indie rock, and Boytoy's hair-in-the-face shoegaze.

The Big Sleep, Lymbyc Systym, Nicholas Nicholas @ Baby's All Right
Eleven years and going, NYC indie vets The Big Sleep remain a live force. The band have a new album due sometime soon and you can get a preview tonight -- and this show is with another long-running Brooklyn band, Lymbyc Systym.

QUAD, Winstons @ Baby's All Right
This is the first of QUAD's late-night residency at Baby's and the shows start at midnight and are free. QUAD spun off of Spires and have a similar '60s-meets-Madchester vibe.

Spoon, Dev Hynes, Best Coast & more @ Sonos Studios
The wireless speaker makers are bringing their curated lounge to NYC with some serious bands/musicians performing free sets, as well as talks and exhibitions. RSVPs, unsurprisingly with today's lineup, are full for the music portion.

Heaven, Dead Leaf Echo, The Stargazer Lilies @ Union Pool
It's a night of dark-tinged ethereal rock and all three bands do it well. Wear black.

Rise Against, Touche Amore, Radkey @ Wellmont Theatre
The band we're most excited about on this bill is Touche Amore, who make ambitious, serious, and sincere post-hardcore and are never short of fantastic at their shows.

Delta Spirit @ Mercury Lounge
The folk rockin' Delta Spirit put out a new album, Into The Wide, earlier this month and tonight they begin a three-night NYC run in support of it. All three are sold out.

RVIVR, Aye Nako, Shellshag, Slingshot Dakota @ Saint Vitus
RVIVR's fight against sexism/homophobia/etc is as radical as their pop punk is catchy. Tonight they team with three bands who are all a bit different but will fit with them well: the also-political Aye Nako, long-running DIY duo Shellshag, and Pennsylvania indie pop band Slingshot Dakota.

The Prettiots, Fiona Silver, Sleepy Kitty, Alice Limoges @ Pianos
Sleepy Kitty count former Harvey Danger drummer Evan Sult as a member, but they're not too similar to that band, instead sounding more like a grungier Best Coast.

Banks, Movement @ Terminal 5
Two members of the indie/R&B crossover team up at Terminal 5 tonight, with the very quickly rising Banks headlining this sold out show.