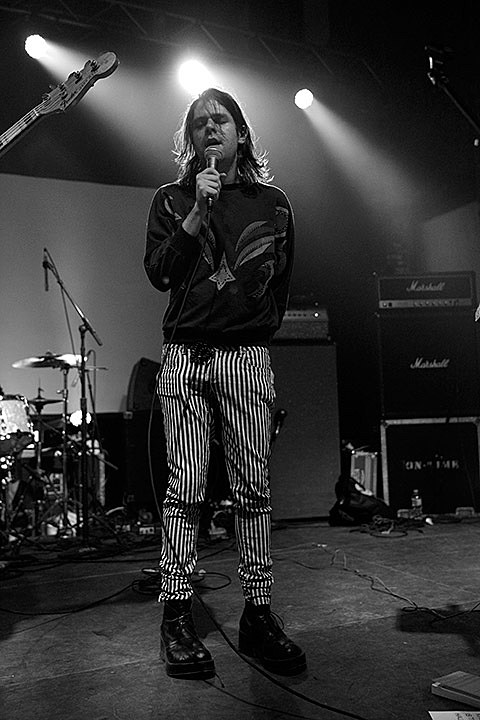 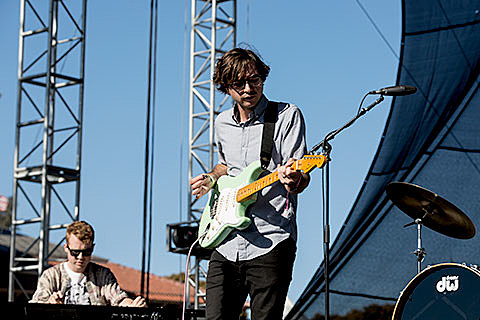 Ariel Pink, Puro Instinct @ Baby's All Right
Ariel Pink's new double album, pom pom, is eccentric even by his own out-there standards ("Dinosaur Carebears" will test the skip-button desires of many) but it also contains some wonderful pop. Hear it all (or most of it) live tonight at the late-start show with Puro Instinct as DJs.

Hercules and Love Affair (live) @ Verboten
Hercules & Love Affair released their new album, The Feast of the Broken Heart, back in May. Guests on this one include John Grant who provides vocals on two tracks, including single "I Try To Talk To You." Tonight's an actual live set from the band, not a DJ gig.

Ausmuteants, Deaf Wish, Pampers, Degreaser @ Death By Audio
If you like your punk on the arty side and aren't against some keyboards, tonight's a killer lineup at DbA. Australian band Ausmuteans and Deaf Wish headline and Brooklyn bashers Pampers and Degreasers open.

Odesza, Hayden James, Ambassadeurs @ Bowery Ballroom
Electronic duo Odesza keep moving up in the world and this week they return to NYC for their two biggest headlining shows here so far, both of which are sold out. This is the first, MHOW tomorrow.

Jungle, Beaty Heart @ Irving Plaza
Enigmatic when it comes to press shots and music videos, UK dance act Jungle are a seven-or-eight piece band live, more than capable of bringing the grooves to the stage, even if maybe all their songs sound exactly alike.

A Great Big Pile Of Leaves, Diamond Youth, Prawn, Field Mouse @ The Studio At Webster Hall
This is the NYC stop of the Topshelf Records tour, which shows how diverse that label has really became. AGBPOL make Minus the Bear-y math pop, Diamond Youth have kind of a QOTSA-meets-Weezer thing going on, Prawn do Kinsella-style emo, and Field Mouse make shiny '90s-style alt pop.

Danny Brown @ Sonos Studios
Danny Brown not only makes killer rap albums but he has a super excitable live show that's partially due to his love of trap/EDM beats. You had to RSVP for this show and that's now closed.

Delta Spirit, Peter Matthew Bauer @ Music Hall of Williamsburg
The folk rockin' Delta Spirit put out a new album, Into The Wide, earlier this month and tonight they're on the third of three nights in NYC in support of it. Making this one even better, The Walkmen's Peter Matthew Bauer, who's got a solid solo record out, is opening. Like the last two, tonight's is sold out.

Dan'l Boone, Yellow Tears, Ligature @ Saint Vitus
Dan'l Boone have members of Royal Trux, Wolf Eyes, AIDS Wolf and more, and if you're into those bands you probably have an idea of what to expect from Dan'l Boone. Their new record came out last week on Drag City and tonight they're in NYC to celebrate with the urine-soaked Yellow Tears and Christopher Hansell's Ligature project.

Black Flag were supposed to play Grand Victory tonight but that show has been cancelled.