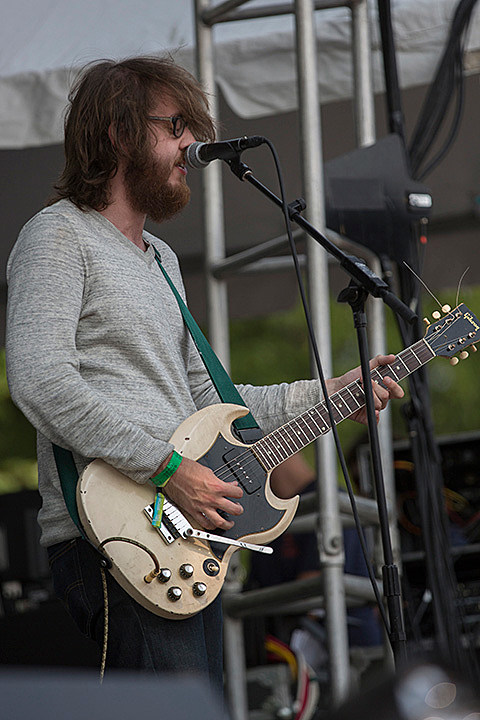 Perfume Genius in Chicago in 2012 (more by Sarah Frankie Linder) 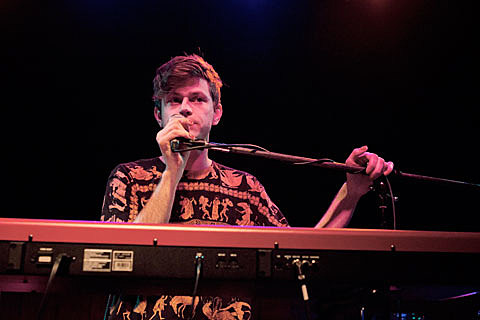 Cloud Nothings, Tyvek @ Irving Plaza
Cloud Nothings returned with another excellent album this year, Here and Nowhere Else, which like 2012's Attack on Memory continued to push their indie rock further into post-hardcore territories. Their shows are always great too (partially thanks to their maniacal drummer) and Tyvek's opening set should be a good fit.

Perfume Genius, Matteah Baim @ Music Hall of Williamsburg
While Perfume Genius has always been great, he takes a huge leap forward on his new record Too Bright, crossing over into previously unchartered sonic territory as far as his earlier albums were concerned.

Fleetwood Mac @ MSG
With Christine McVie back in the band for the first time since the late '90s, this is the Fleetwood Mac most people want to see. Expect the return of songs like "Songbird" and "You Make Loving Fun" to the setlist.

Big K.R.I.T., Two-9 @ Highline Ballroom
The buzz may have died down a bit for Big K.R.I.T., but just in terms of rhymes he's still one of the best there is in the newer-school rap scene. Two-9 have been seeming pretty promising too.

Xeno & Oaklander @ The Kitchen
The 'Synth Nights' series at The Kitchen continues tonight with moody synth duo Xeno & Oaklander who will play "an all-analogue synth set accompanied by a projection of new Super 8 films by Liz Wendelbo."

DJ Quik @ SOB's
Hip hop veteran DJ Quik has been at it for over two decades, and his most recent album, 2011's The Book of David, proved he's still going strong. He finally follows that album with The Midnight Life next week and tonight he plays a release show for it.

Matthewdavid, Cities Aviv, Trabajo, The Lark Kidder Band @ Death by Audio
Brainfeeder associate Matthewdavid goes in a hip hop/R&B direction on his new album, so teaming up with local rap weirdo Cities Aviv should be a good fit tonight.

Vulture Shit, Big Ups, Flagland, Lost Boy?, Washer @ Palisades
Pretty much every band on this bill is a quality example of the punkier side of Brooklyn indie rock. If you only catch one band on this show tonight though, we especially recommend the Fugazi/Slint blend of Big Ups.

The Bangles @ City Winery
While some associate The Bangles with the silly but fun "Walk Like an Egyptian" and shmaltzy "Eternal Flame," the band got their start -- when they were just called The Bangs (as in Lester) -- as part of LA's early-'80s Paisley Underground scene that spawned Dream Syndicate, Rain Parade, and The Three O'Clock.

The People's Temple, The Mystery Lights, Mirror Queen @ Acheron
Lansing, MI band The People's Temple released Musical Garden earlier this year, which is arguably their best offering to date, mixing their established garage-psych influences with solid musicianship and a very solid batch of songs. There is no shortage of this sort of stuff out there, but these guys do it better than most. Tonight they headline Acheron ahead of their show this week at Santos with Bass Drum of Death.

Jackson Browne @ Beacon Theatre
An icon of the '70s California boomer singer-songwriter style, Jackson Browne released his 14th album, Standing in the Breach, this week. But expect lots of hits -- like "Running on Empty" and "The Pretender" -- as well as new songs.