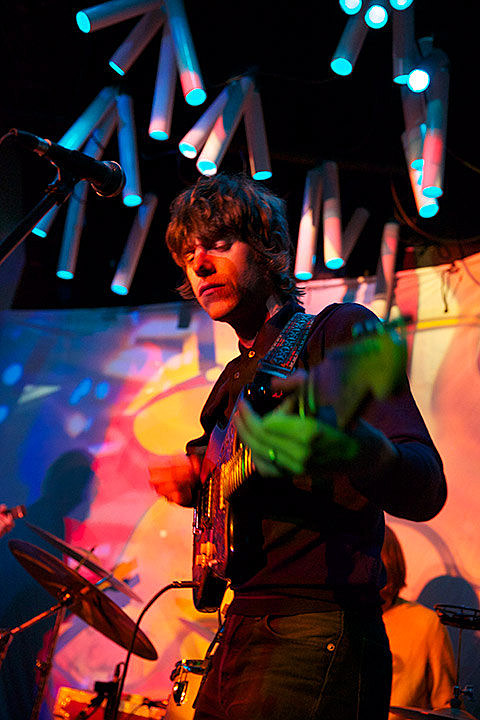 White Fence, King Gizzard and The Lizard Wizard, Juan Wauters @ Baby's All Right
Tim Presley's been cranking out White Fence records all by his lonesome for some time, but for For the Recently Found Innocent, he teamed up with Ty Segall in a real studio to give things a little more oomph. Live, White Fence are another beast entirely, really bringing those '60s-inspired sounds to life. Tonight's show is with Australian psych band King Gizzard who are a good match. Both will be here for CMJ too.

JEFF The Brotherhood, Diarrhea Planet, Juiceboxxx @ Santos
While this might not have the quite the appeal of seeing JEFF and Diarrhea Planet at Death by Audio last night, both bands bring a frenzied energy to any venue they play. Plus, unlike DbA, you can still get tickets.

Ramona Lisa, Bing and Ruth, Ian Drennan @ Le Poisson Rouge
Chairlift singer Caroline Polacheck released Arcadia, her solo debut as Ramona Lisa this year, a playful ebullient record that recalls Kate Bush, Goldfrapp and other forward-thinkers. Live she counters the mostly electronic backing with an engaging, theatrical show involving backup dancers, projections, and lots of eyes. This is the last time they're doing this particular show, so if you've been interested, act now.

Iceage, Uniform, Cheena @ Acheron
Iceage's third album has them moving more into punk blues territories that sounds inspired by The Bad Seeds and The Gun Club. Following their Bowery Ballroom show last night, the band's intense live show should be magnified significantly in this smaller venue. Noise duo Uniform (ex-The Men, Drunkdriver) are not to miss either.

Happy Columbus Day and, to our neighbors to the North, Happy Canadian Thanksgiving.