Ought at Baby's in July (more by Amanda Hatfield) 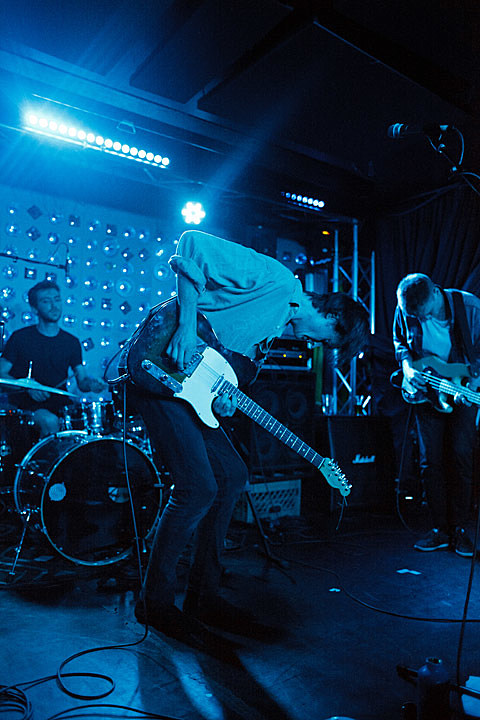 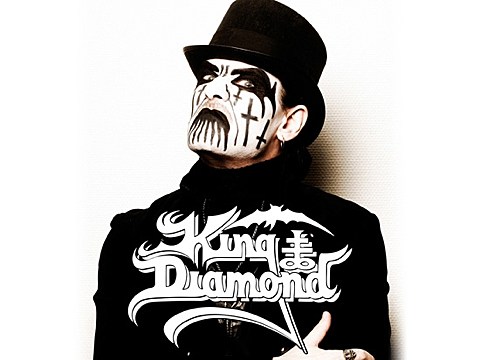 Ought, Nat Baldwin, Pinkwash @ Bowery Ballroom
Montreal band Ought get compared to early Talking Heads a lot, and its hard not to do that -- frontman Tim Beeler has a very similar wide-eyed lyrical style and spazzy stage presence as David Byrne. But that stage presence is also pretty magnetic, his enthusiasm infectious, and his charms had their last NYC crowd eating out of his hand the whole time. Ought's album is good, but the live show is currently where it's at.

Merchandise, Lower, Ninos Du Brasil @ Music Hall of Williamsburg
Merchandise's new album is their first as a full band and has some of their most immediate pop songs yet, with frontman Carson Cox still doing his best Morrissey. Denmark's Lower make a kind of melo-romantic postpunk that should pair very well with Merchandise, and percussive Italian duo Ninos Du Brasil opens.

Warpaint, Liam Finn, Guy Blakeslee (of Entrance Band) @ Webster Hall
Warpaint make psychedelic dream pop that you can dance to, but without ever fully crossing over into pop pop. Strong support comes from New Zealand multi-instrumentalist Liam Finn and The Entrance Band's Guy Blakeslee, whose solo stuff is good.

Owl John, Mike Pace and The Child Actors @ The Bell House
Frightened Rabbit singer Scott Hutchison went the solo route this year, releasing an album under the name Owl John. The instrumentation's pretty fleshed out though, and really it just sounds like another Frightened Rabbit album which is not a bad thing at all.

Young Magic, Princess Nokia, Prince Rama (DJ) @ Baby's All Right
Young Magic are from Brooklyn but exist in a sexy dreamworld where Sade and the Cocteau Twins work on records together. Or something like that. Their new album, Breathing Statues, came out in May. Tonight's show is part of Baby's All Rights's 1-year celebration.

Dreamsalon, The Pen Test, Cyanide Tooth, Ballroom @ Death by Audio
Seattle trio Dreamsalon formed from the ashes of Evening Meetings, maintaining that band's taught postpunk sound (There's more than a little of '80s-era The Fall in there). You can stream last year's Thirteen Nights below. Mineapolis' The Pen Test, meanwhile, make drony, krauty motorik synth workouts that would've been at home in the early days of Mute Records.