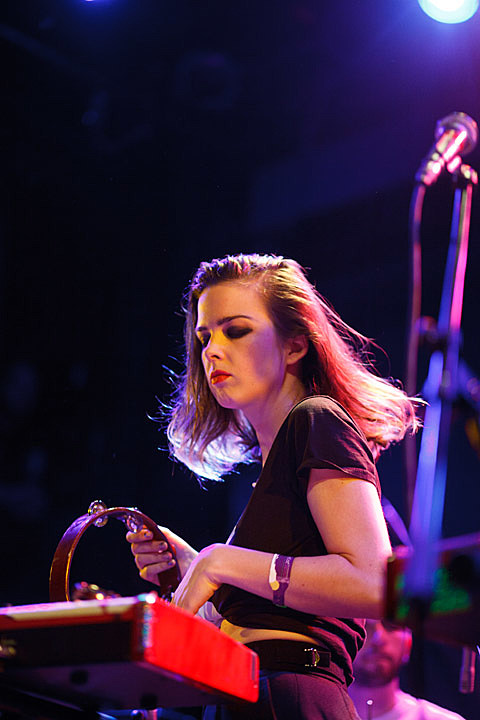 Flying Lotus, Thundercat @ Music Hall of Williamsburg
Flying Lotus has always had a little jazz in his IDM, but he fully embraces the genre on the just-released You're Dead!. His bass wizard collaborator Thundercat opens and will presumably be joining FlyLo during his set too. Things should get wacky.

Gwar, Decapitated, American Sharks @ Starland Ballroom
As part of their quest to find missing leader Oderus, the galaxy's craziest band are in the NY area as part of their "Eternal Tour 2014" featuring new members Vulvatron and Blóthar. Expect typical Gwar mayhem. It's a killer evening all-around with Decapitated and beer-loving American Sharks opening. GWAR will be in NYC proper next month.

mewithoutyou, The Appleseed Cast, Hop Along @ Irving Plaza
This is an excellent triple bill, with Philly's mewithoutYou celebrating the 10th anniversary of their art rock/post-hardcore opus Catch For Us The Foxes, veteran emo-turned-post-rockers The Appleseed Cast, and one of Philly's best newer bands Hop Along.

Rat Fist, Teenanger, The Abandos, Foster Care @ Death By Audio
Rat Fist is the new band of No Age guitarist Randy Randall and Pissed Jeans drummer Sean McGuinnes, who make exactly the kind of racket you'd expect from a resume like that. Their first NYC show ever was this past June at DbA and tonight they return to the venue. Toronto's Teenanger, meanwhile, make sneering, searing garagepunk -- a good fit. As are the other openers (Foster Care are one of NYC's most underrated bands).

Elliott Sharp @ Issue Project Room
Tonight is the premiere of Port Bou, Elliot Sharp's new opera about the final moments of philosopher Walter Benjamin's life in Port-Bou at the French-Spanish border as he flees Nazi-occupied France.

The Blues Magoos, The Cynz @ Bowery Electric
The Blues Magoos initially had a short career in the late '60s that produced a handful of influential psych/garage rock songs including their popular single "(We Ain't Got) Nothin' Yet" and their version of "Tobacco Road," which later appeared on the first Nuggets compilation. Now they've got a new album out and this is the release show.

Cheap Girls, Beach Slang, Signals Midwest, Lee Corey Oswald @ Asbury Lanes
Cheap Girls and Beach Slang are a great double bill of two newer bands who likely would've been all over rock radio 20 years ago. The tour hit NYC earlier this week and now it's nearby in NJ.

Homeboy Sandman, ScienZe, Cavalier, I Am Many @ Glasslands
Queens rapper Homeboy Sandman put out his fifth album, Hallways, this past September via Stones Throw, and tonight's his first NYC show since its release.

Royal Blood, Kan Wakan @ Marlin Room at Webster Hall
UK rock duo Royal Blood's self-titled debut is one of 12 records up for this year's prestigious Mercury Prize with some prognosticators saying it's one of the frontrunners. Kinda sounds like run-of-the-mill rock to us but maybe you wanna see what all the fuss is about anyway.