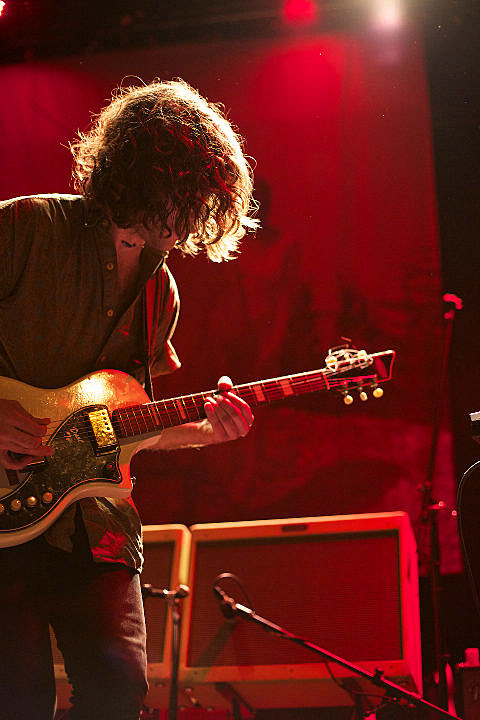 Tom Vek, Future Punx, Doprah @ Baby's All Right
Tom Vek's style -- jittery, syncopated, danceable postpunk -- is as distinctive as his voice, and he hasn't futzed with it too much over his 10-year career. Having released his third album, Luck, earlier this year he's over for a few US shows this week. Tonight's also got Future Punx who are worth

Wampire, Wannabe Jalva, The Peach Kings, Monogem @ Brooklyn Bowl
Portland band Wampire, whose second album was just released, bring a love of late '70s to their brand of indie rock. Tonight's show part of this week's It's A School Night series, free with RSVP. They'll be all over CMJ too.

Gerard Way, The Eeries @ Irving Plaza
The former My Chemical Romance frontman ditches the gothed-out stadium pop punk of his former band on his debut solo album, Hesitant Alien, which instead pulls heavily from '90s Britpop. Whether or not you were an MCR fan, it's worth checking out. This is his first of two NYC shows, the other being during CMJ.

Jimmy Eat World @ The Space at Westbury
While Jimmy Eat World already toured their most classic album (1999's Clarity) for its tenth anniversary, they're now on the road giving the 10-years treatment to Futures which was the followup to their mainstream breakthrough and featured stranger moments than you might have expected from post-"The Middle" Jimmy Eat World.

Mike Birbiglia @ Union Hall
While Mike has been playing big rooms for his new show, "Thank God for the Jokes," he continues to hone his craft at these intimate "working it out" shows at Union Hall. Sold out.