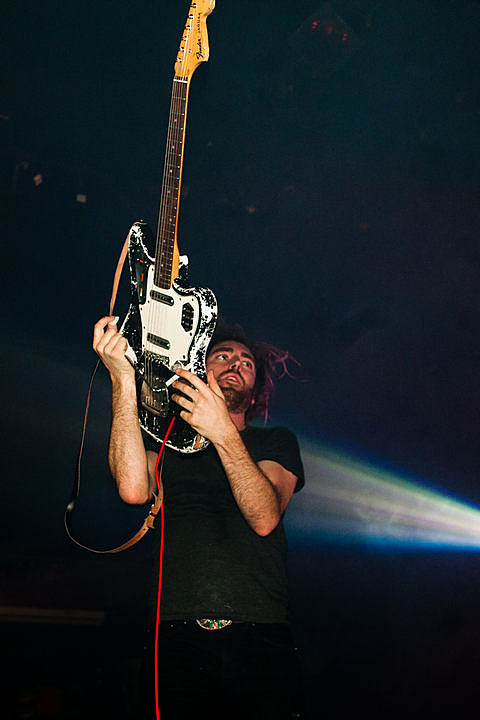 Weezer @ Bowery Ballroom
Weezer are playing their new album, Everything Will Be Alright in the End, front to back. Hopefully they'll throw in a few oldies in the end. Sold out.

Temples, The Districts, Spires @ Irving Plaza
UK psych band Temples bring a pop sensibility to '60s and '70s styles. They're swinging through NYC one more time this year, with Brooklyn kindred spirits Spires on the bill too.

Tits of Clay @ Mercury Lounge
It was a year ago today that Lou Reed died and in tribute tonight, Tits of Clay (aka the Angry Inch in the Broadway version of Hedwig) will perform Reed's classic Transformer in full.

SBTRKT, GoldLink @ Terminal 5
SBTRKT's new album doesn't have as many bangers as his last, but hopefully he'll still get the place moving tonight. His second straight night at T5.

Filed Under: Lou Reed, Tits of Clay
Categories: Music News, What's Going on Tonight in NYC
Comments
Leave A Comment
Lou Reed’s writing on Tai Chi & more compiled in new book with foreword by Laurie Anderson
Indie Basement: Best Reissues, Box Sets & Compilations of 2022
The Dirty Nil members list their favorite albums and movies of 2022
Rhett Miller tells us about the inspirations behind new album ‘The Misfit’
25 of our favorite covers by Sharon Van Etten
The Birth of Punk exhibit showing at the Seaport through August