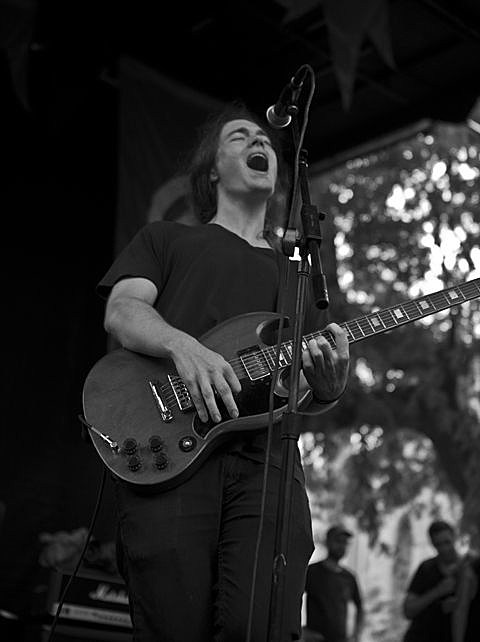 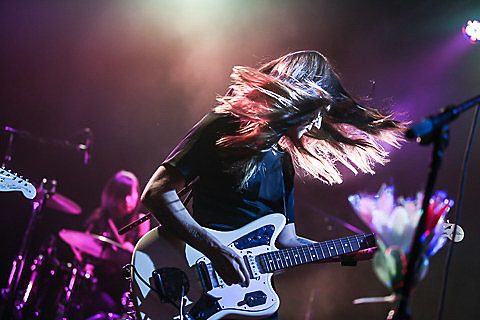 Liturgy, Child Abuse, Cellular Chaos, Oozing Wound @ Death By Audio
Here's a really good reason to get to Death by Audio before it closes. It's the first of two nights that sludgy thrashers Oozing Wound are playing at the venue, and the headliners are one of NYC's most interesting black metal bands, Liturgy, who are a full band once again.

Mykki Blanco, Cities Aviv, Doss, Gobby (DJ Set), MR UNO (DJ Set), FLUCT Dancers @ Glasslands
Mykki Blanco just put out his new mixtape, Gay Dog Food, and as you might expect from Mykki it's out-there but it goes hard. Cities Aviv, who's on one of the tracks, is on this bill too. Stream the mixtape below.

Shiba San, Amtrac, Wuki, Nikola Baytala @ Output
This week's INPUT party at Output is headlined by Shiba San who's on Claude Vonstroke's Dirtybird label and makes thumping house that will have you dancing Mischief Night away.

Pianos Become The Teeth, Gates, Frameworks, Vasudeva @ Asbury Lanes
Pianos Become the Teeth stopped screaming on their new album, but they didn't stop writing intense music -- quite the opposite, this is some of their best material yet. NYC was last night and tonight's the NJ release show. Quality support too.

Celestial Shore, Ava Luna,Palehound, Baked, We Can All Be Sorry @ Baby's All Right
Celestial Shore deftly mix melody with complex rhythms and arrangements on their new album, Enter Ghost, out soon via Hometapes. Tonight's the record release party.

The Coathangers, together PANGEA, Cherry Glazerr, Mozes and the Firstborn, AJ Davila y Terror Amor, Wax Witches @ Bowery Ballroom
This is the second edition of Burger Caravan of Stars roadshow, with a whole bunch of their bands playing festival-length sets. Watch as Bowery's entire downstairs becomes a giant merch area. Some folks go just 'cause it's Burger. Expect nuttiness.

Dum Dum Girls, Ex Cops, Christines @ Brooklyn Bowl
Dum Dum Girls have always had a flair for the dark side, so them playing on Devil's Night seems like a no brainer. (Maybe throw in an '80s goth cover, ladies? The March Violets' "Snake Dance" perhaps?) Also on the bill: Ex Cop (whose new album takes a turn for the Pop) and the shoegazy Christines.

Wilco @ The Capitol Theatre
Though Jeff Tweedy and his son just released their terrific Tweedy album, the Wilco train rarely stops rolling, and tonight is on the final of its first of three shows at The Cap'. It's a lovely room, and tickets are still available.

Primus @ The Greene Space
The special day show is billed as "A Very Wonka Afternoon with Primus," and with an emphasis on the band's new album that's based on Roald Dahl's Charlie & the Chocolate Factory. The show is sold out but is being taped for WNYC's Soundcheck.

Jerry Lee Lewis @ BB King Blues Club
One of rock n' roll's origininators, "Killer" is out with a new album and and biography this week and celebrates both tonight.