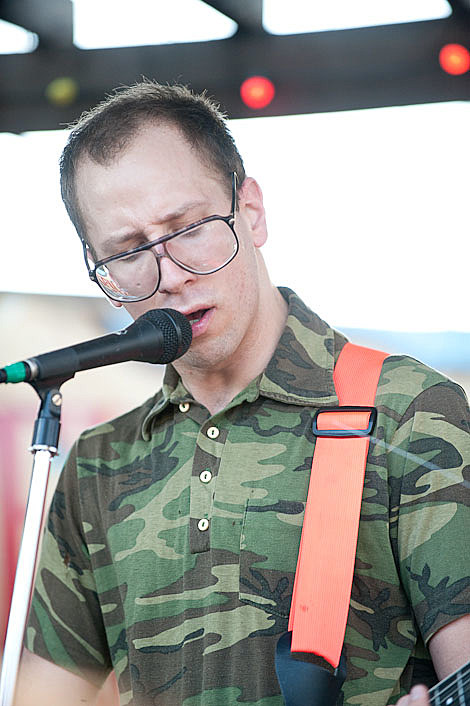 TBA, Tyvek, Taiwan Housing Project, Ivy @ Death by Audio
Detroit's abrasive Tyvek released the excellent On Triple Beams, a concept about about their hometown, in 2012 and hopefully we'll get some new songs tonight too. As for the mystery headliner, a search of our Tyvek tag might provide some logical guesses.

Kevin Devine, Bird of Youth @ HiFi
Kevin Devine's old band Miracle of '86 played HiFi a good amount back when it was called Brownies and regularly hosted music. Shows are more rare there these days, but they're hosting one there tonight with Kevin returning in solo mode. You can catch him with the full band at Champagne Jam in December.

Lucero @ Bowery Ballroom
Country punk greats Lucero are kicking off a 3-night run at Bowery Ballroom tonight which will have them opening with an acoustic set and then getting rowdy for a full-band set. Let's hope the bar stocked up on whiskey.

Freddie Gibbs, Remy Banks, Pell @ Rough Trade
Gangsta rap's not as prevalent as it used to be, but Freddie Gibbs keeps it alive and well, refusing to go anything but HAM the whole time.

His Holiness The Dalai Lama @ Beacon Theatre
The Dali Lama is hosting a two-day teaching event, which is a benefit for the Tibet House. Sold out.

Kimbra, Empress Of @ Music Hall of Williamsbug
Kimbra quickly escalated from only being known (in the US) as the other singer on that omnipresent Gotye song to someone who could headline some pretty large rooms. She recently released her first album since that newfound success, The Golden Echo, which features contributions from The Mars Volta's Omar Rodriguez-Lopez, Dirty Projectors' Dave Longstreth and others.