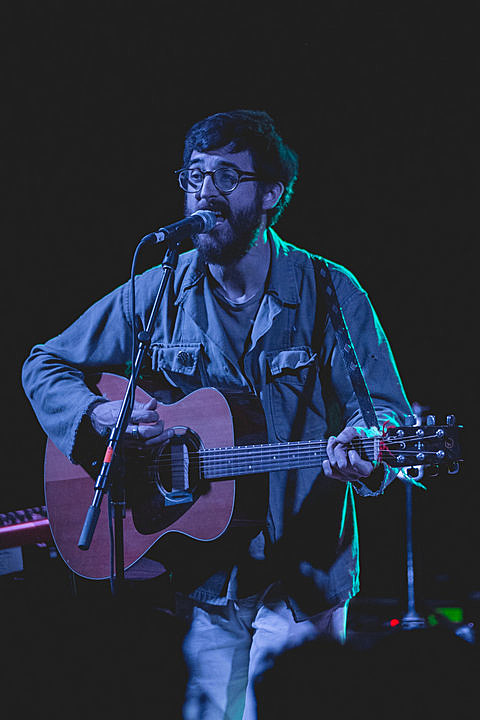 Death by Art @ Death by Audio
For the last 16 days of it's existence, DIY space Death by Audio will host an art instalation all over the premises, including what used to be the DbA pedal shop and other areas you may not have known existed. Tonight's the official opening, starts at 8 PM and is free.

Woods, Nonhorse, Lame Drivers, Woolen Men @ Death By Audio
Meanwhile in the show space (there's art there too), it's another killer #ripdba show, headlined by Woods. Go early and catch Portland's excellent Woolen Men. Go early also because it will sell out.

Deerhoof, Trans Am, White Reaper @ Baby's All Right
Celebrating their 20th year as a band and the release of another strong album (La Isla Bonita), Deerhoof remain an arty indie rock dynamo live. This is their final of three consecutive nights at Baby's and the one with arguably the most interesting openers. Sold out.

Kimbra, Empress Of @ Bowery Ballroom
Kimbra quickly escalated from only being known (in the US) as the other singer on that omnipresent Gotye song to someone who could headline some pretty large rooms. She recently released her first album since that newfound success, The Golden Echo, which features contributions from The Mars Volta's Omar Rodriguez-Lopez, Dirty Projectors' Dave Longstreth and others.

New York Comedy Festival
Laughter invades NYC the day we might need it post (post midterm elections), with a host of big-league talent and venues all over the city. Thursday's offerings include shows with Jim Gaffigan, Tig Notaro, Bridget Everett, Pete Holmes,Sasheer Zamata and more. Check the NYCF schedule for ticket availability.

Jenny Lewis, Girlpool @ The Space At Westbury
Jenny Lewis is on the road supporting her quality new solo record, and the former Rilo Kiley singer's been working in a few cuts from her old band too. Opening the show is young and rising LA duo Girlpool, who made a big impact on NYC during CMJ.

Ben Sollee @ City Winery
Cellist and singer-songwriter Ben Sollee is due for a new album soon (his last proper album was 2012's Half Made Man). Until then, enjoy his genre-bending songwriting tonight.

Fool's Gold Anniversary Party @ Webster Hall
A-Trak and Nick Catchdubs' electornic/hip hop label Fool's Gold are celebrating their 7th birthday at tonight's show which doubles as one of Just Blaze's House parties. Veteran rapper/actor/NBA player/sports agent/writer/producer/director Master P is on the bill, along with Rowdy Rebel, Brenmar and a bunch of others.

Gesaffelstein, JDH & Dave P @ Terminal 5
Parisian producer just keeps getting bigger and bigger, probably because he knows how to bring the party which he'll do at T5 tonight.

Wave Racer, Louis Futon, Seventh Wonder, Powerslug, Alex English @ Verboten
This bill is loaded with dance acts, headlined by Wave Racer who's kind of the Australian version of Rustie with his maximal but highly melodic take on dubstep and trap.

Suicide Girls @ Music Hall of Williamsburg
The Suicide Girls are currently on their 'Blackheart Burlesque Tour' which first hit NYC on Halloween and now returns tonight at MHOW.