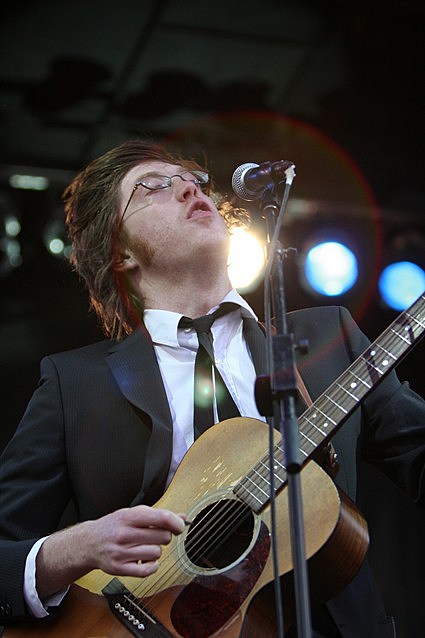 There are also free River to River events in Battery Park City.

The show at The Tank is described like this: "Amplification is magnification. Using voice, feedback installations, live soldering, wireless modular synths, photography, musical instruments and more, performers will play with amplification to change our perception of sound. Big sound, little sound, and everything in between."

John Oliver and Reggie Watts are both performing at Rififi tonight. Flyer below.

Baby Dee made a music video.

Hot Chip tickets are on sale. 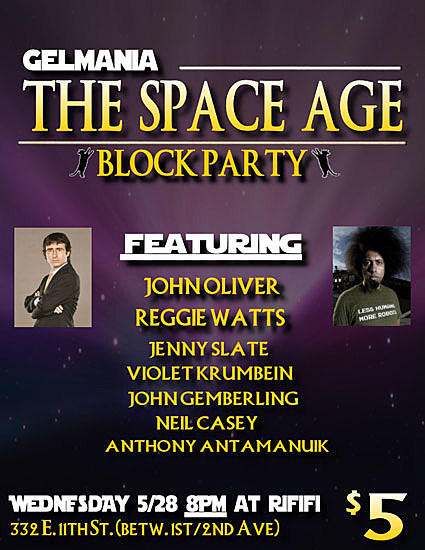 Get on the good spaceship Gelmania and take it to planet Zorg.

Then when you get to planet Zorg take the L Spaceship to Brookspace.

They'll be rockin' all their hits like "Planet Invasion" and "Telepathic Communicado."

Plus there'll be lots of spacecue and star beer.