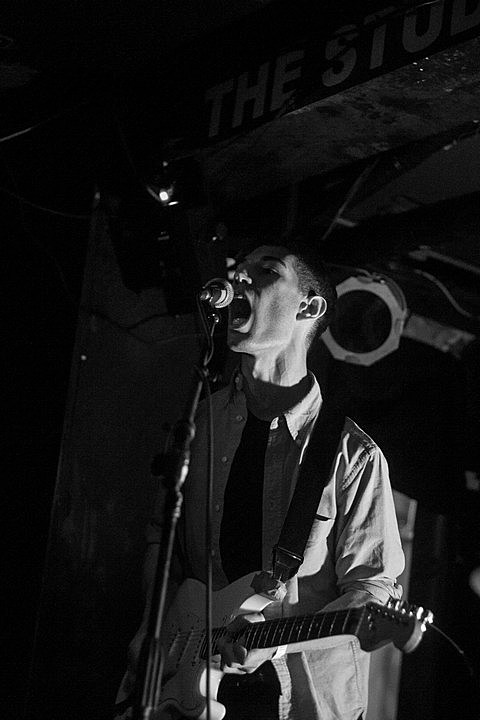 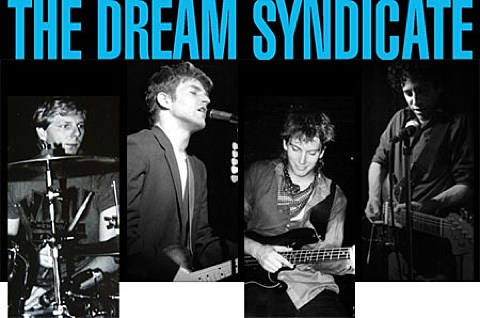 Special Guest, Yvette, Big Ups, Ovlov @ Death By Audio
With a week left of shows, Death by Audio is really promising to make their suprise special guests special. Last night was Ty Segall. Who will it be tonight? Don't worry yourselves too much about it -- borderline industrial rock duo Yvette, smartass punks Big Ups and Connecticut's Ovlov are three reasons to go already

Johnny Marr, Meredith Shelton @ Music Hall of Williamsburg
Recalling his prolific days with The Smiths, Johnny Marr has banged out two albums in a year's time. They're not at his 1985 peak, but they're not bad either. He's a lot of fun live, and peppers hit sets with oldies -- any chance to see him play "The Headmaster Ritual" is worth considering

The Dream Syndicate, EZTV @ Rough Trade
One of the leaders in LA's early-'80s "Paisley Underground" scene, The Dream Syndicate looked to The Velvet Underground and other '60s bands while most were playing with synthesizers. Broken up since the late '80s, Wynn reformed the band in 2012 with '80s-era members Dennis Duck and Mark Walton, plus Miracle 3 guitarist Jason Victor and they've been playing sporadically ever since. This is their first NYC show in 25 years.

Ryan Adams, Butch Walker @ Carnegie Hall
Ryan Adams has been a busy guy this year with a new solo album, collaborating on stage with Bob Mould, covering Foreigner and Bryan Adams, and whatever else it is he's up to. He's also on tour now and tonight is the first of five NYC-area shows, two of which are solo gigs at Carnegie Hall.

Naam, White Hills, No Way, Blackout, It's Not Night, It's Space, Chimpgrinder, Wonderbreed, Eidetic Seeing, Mountain God, Blackest, Grizzlor @ Paper Box
There's some cool bands on this all-day show that they're calling Sludgefeast, but most notably it's the last show by psych rockers NAAM before they go on hiatus. Catch 'em while you still can.

Dustin Wong & Takako Minekawa, Fascinator, Cuddle Formation @ Cake Shop
Former Ponytail guitarist Dustin Wong moved back to his childhood home of Japan after completing his trilogy of loop-based albums and began collaborating with musician Takako Minekawa. Using a specially designed interface that allows them to switch from guitar to keyboards to sampler to vocals, their music is creative and playful. Tonight's show is with Australian ex-pat Fascinator, whose eccentric brand of pop is definitely worth arriving early.

Fred Falke, Alex English @ Cielo
Get on those dancing shoes and head to Cielo where the great French house producer Fred Falke will handle the boards.

Tim Sweeney, Tom Noble, Palmbomen @ Cameo
Tonight is the 15th anniversary party for Tim Sweeney's "Beats in Space" show which has aired every airs every Tuesday on WNYU. Tim was instrumental in shaping the early days of DFA so expect a night of that style disco and dance.

Supersuckers, Hail Action @ Knitting Factory
Supersuckers have been putting out quality cowpunk, garage rock and more since the early '90s, and this year they returned with Get the Hell, their first album since 2008. Shit will be kicked tonight.

Shilpa Ray, Northern Arms, D'NT @ Cameo Gallery
Punk blues rocker Shilpa Ray is one of Brooklyn's many always-consistent gems. Tonight's as good a chance as any to catch her live.

Suzanne Vega @ Joe's Pub (2 shows)
She may be be best known for "Luka" and "Tom's Diner" (both from 1987's Solitude Standing) but Suzanne Vega's gift for songwriting has continued since. She plays an early and a late show tonight.

Vorde, Haethen, KAMA RUPA, Drowning The Virgin Silence @ Acheron
Vorde have been one of the better black metal bands on the local NYC scene for a while now, and this week they put out their debut album (stream a couple tracks below). Tonight's the release show.

Phil Lesh @ Capitol Theatre
As any Deadhead can tell you, Phil Lesh plays the favorites and his current band does it well. It's another night of his never-ending residency at The Cap, and these shows are always a good time.