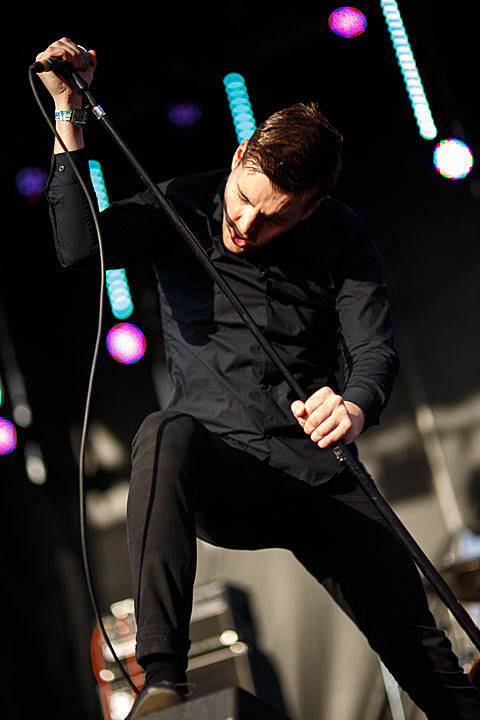 "Top Secret!" @ Death by Audio
There's only four nights left of much-loved Death by Audio and none of the remaining lineups have been announced. Who could it be tonight?

TV on the Radio @ Rough Trade
TV on the Radio may not all live in NYC anymore but it remains their spiritual home. They celebrate their new album, Seeds, with four shows here this week. For tonight's show you need to buy a copy of the new album at Rough Trade to get into the show. Doors at 7:30 PM with the show at 8.

Deafheaven, Beast Patrol @ Music Hall of Williamsburg
The genre-defying black metal/post-rock/shoegaze force that is Deafheaven puts on shows that actually deserve to be called "epic" and if nothing else, there's not a dull moment watching frontman George Clarke on stage. This was free with RSVP which is now closed.

Mobb Deep, Smoke DZA, Fat Tony @ Knitting Factory
Though the new album Mobb Deep put out this year didn't quite live up to the 1995 album it was named after, The Infamous is still a stone cold classic and any chance to hear those songs live is worth taking. In all their years, apparently the Queensbridge duo have never played Brooklyn, and tonight's show is billed as their first-ever gig in the borough. It also doubles as a celebration for Knitting Factory's 5th anniversary in Brooklyn and has a good undercard.

DJ Mustard, Nadus, Austin Millz, Jasonscott @ Output
We all know DJ Mustard from hearing his tag "Mustard on the beat, ho!" on like, every song on Hot 97, but the man behind hits from YG, Ty Dolla $ign, Tinashe, Jeezy, 2 Chainz, Tyga and so many more is behind them for a reason. He knows his way around a beat.

The Hold Steady @ The Space at Westbury
Though you'll have two chances to party with everyone's favorite literate bar rockers on and right before New Year's Eve in NYC, tonight you can catch them for free (with RSVP) just outside of the city.

Andrew Wyatt (of Miike Snow), Sky White Tiger, SINCE, Prince Rama (DJ set), Rinsed (DJ set) @ Baby's All Right
Baby's is often hoppin' with a party crowd and with a lineup of DJs and performers like this, it looks like tonight's gonna be one of those nights.