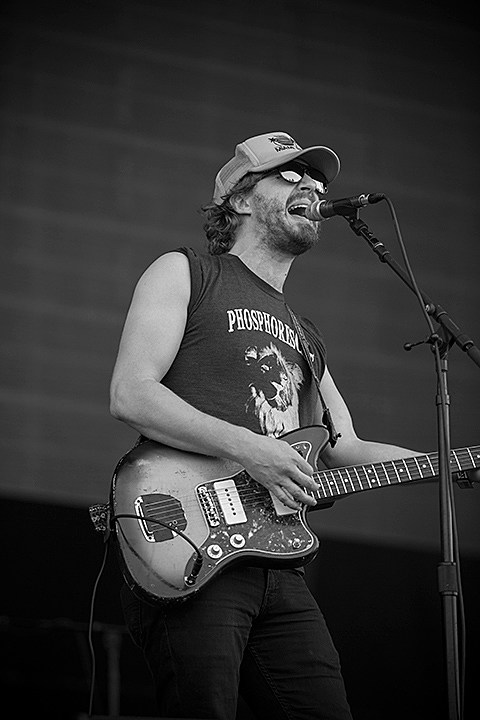 "Top Secret" @ Death by Audio
There are just three nights left of much-loved Death by Audio and none of the remaining lineups have been announced. Who could it be tonight?

Brooklyn Youth Chorus performing 'Black Mountain Songs' @ BAM
In addition to The National's Bryce Dessner and Arcade Fire's Richard Reed Parry being members of two of the biggest indie bands around, they're also regulars in the indie/classical scene and they've now co-curated a new piece 'Black Mountain Songs' that makes its world premiere, performed by the Brooklyn Youth Chorus, tonight. The piece features music by Dessner and Parry, as well as by Jherek Bischoff, Tim Hecker, Nico Muhly and others. There are also performances Friday and Saturday.

Ryan Hemsworth, Tennyson, Maxo @ Bowery Ballroom
While Ryan Hemsworth has helmed beats for rappers like The Underachievers and Deniro Farrar, he's also got a good amount of solo material and has been dropping singles ahead of a new upcoming release. Before we get that though, we get two NYC shows from Ryan, this being the first.

Les Sins (Chaz of Toro y Moi), Lauren Flax @ Verboten
Not satisfied with just one pseudonym, Toro Y Moi's Chaz Bundick just released an album as Les Sins. It's a little more arty/experimental than his other stuff, but his ear for melody and a good beat are still in effect.

Mykki Blanco @ The Jewish Museum
The newest installment of The Jewish Musician's 'The Wind Up' series which features "art, live music, activities, and an open bar is focused on the From the Margins exhibition, created by artists Lee Krasner and Norman Lewis, who as a woman and an African American, respectively, were overlooked in the mainstream criticism of their time ('40s and '50s). The musical guest for the night is NYC rapper Mykki Blanco, whose work should fit the premise of that exhibition well.

Shamir, Yvette, Mister Small @ Baby's All Right
New XL signee Shamir has only played a few shows in his career, but was already pretty fun at his first one during Northside. This show also features his onetime GODMODE labelmates Yvette who are worth going for alone.

Teengirl Fantasy, Gatekeeper (DJ), Lafawndah (DJ),Pictureplane (DJ) @ Palisades
Brooklyn duo Teengirl Fantasy have a new EP out this week which is filled with more of their atmospheric, chilled-out electronics. This is the release show and it's a late one (midnight start) so get ready to dance the night away. This would probably be a good nightcap to that Mykki Blanco show too.

Sick of It All, Negative Approach @ Asbury Lanes
NYHC legends Sick Of It All still rip like it's 1989, but they're not just caught up in nostalgia. They've had the same lineup for years and put out their 11th album just a couple months ago. Negative Approach are also punk veterans and were initially around for much shorter, but they've been going pretty strong after reuniting 8 years ago.

Bellows, Breakfast in Fur, Cold Foamers, Slippertails, Old Table @ Shea Stadium
Bellows are part of a group of artists called The Epoch Collective (including Told Slant, Sharpless, Small Wonder, Eskimeaux and more) who all share members and are known for overly passionate live shows. Here's a chance to check one out for yourself.

We Are Scientists, TEEN, Cookies @ Brooklyn Bowl
Popular in the first wave of '00s Brooklyn bands, We Are Scientists continue on, having released their fifth album, TV en Français, earlier this year. TEEN and Cookies offer support.

Nils Frahm @ Glasslands
Nils Frahm is currently on tour with Dawn of Midi, but tonight takes a moment to play soon-to-close Glasslands for a stripped-down "special set."

Delicate Steve, Luke Temple @ Mercury Lounge
Delicate Steve just wrapped up a tour with Tame Impala and you can now catch him in more intimate surroundings on a bill with Here We Go Magic's Luke Temple.

Javelin, Kitty Cash, Dentitia & Scene @ Kipling
This is a free show at SoHo accessories store Kipling. Treats will be served and it goes from 5 - 9 PM. RSVP to attend.

Bridgett Everett @ Joe's Pub
While she's gotten much acclaim for her show Rock Bottom (which returns to Joe's Pub early next year), here she plays with her band The Tender Moments (which includes Beastie Boys' Ad Rock) to sing "all her favorite love songs and share the stories of the men that made her...feel?"