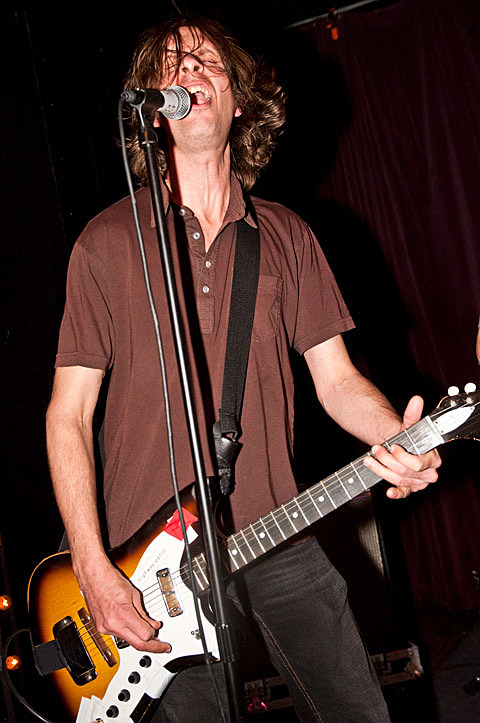 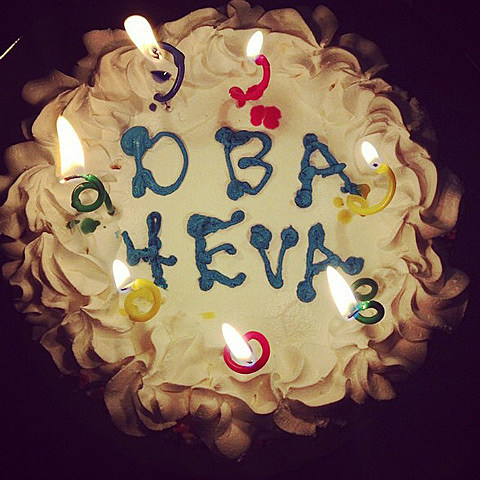 Top Secret! @ Death By Audio (last show ever)
This is it, the last night of Death by Audio's seven-year run and we are very sad to see it go but excited to see how they're going out. Who will play on this final night?

Obits, Survival Knife, Hungry Ghost, Pink Avalanche @ Brooklyn Night Bazaar
Brooklyn's Obits have been cranking out solid rock records for a while now and are always a good time live. And this show is free -- part of the fun center that is BKNB.

TV on the Radio, Natasha Kmeto @ Music Hall of Williamsburg
TV on the Radio may not all live in NYC anymore but it remains their spiritual home. They celebrate their new album, Seeds, with four shows here this week. Tonight's the final one.

Big Freedia, Quickie Mart @ Brooklyn Bowl
Ain't no party like a Freedia party, as anyone who goes to Brooklyn Bowl tonight will surely experience. This starts laaate (12:15 AM), so you can even hit another show tonight and then dance your way into the morning. Night 2 of 2.

Ryan Adams, Butch Walker @ Hammerstein Ballroom
Ryan Adams has been a busy guy this year with a new solo album, collaborating on stage with Bob Mould, covering Foreigner and Bryan Adams, and whatever else it is he's up to. He's also on tour now and is in the midst of a five-show run in the NYC-area. Tonight's the last one.

Andrew W.K., Xenia Rubinos, The Skins @ Knitting Factory
Knitting Factory's 5th anniversary in Brooklyn celebration continues tonight with a "very special solo show" from the man who parties like no other, Andrew WK. The eccentric Xenia Rubinos is worth showing up early for too.

Pharmakon, S. English, Negation, Ligature @ Palisades
Pharmakon's second album, Bestial Burden, is out now and like last year's debut it's an impressive take on noise, industrial and power electronics, but it's her killer vocal performances that separate it from the many other musicians working in this realm. Tonight's the release show for the new record.

We Were Promised Jetpacks, The Twilight Sad @ Webster Hall
If you like sad bastard Scottish indie rock, this double bill was taylor made to suit your tastes.

Brooklyn Youth Chorus, Bryce Dessner of The National (co-curator), Richard Reed Parry (co-curator) @ BAM
In addition to The National's Bryce Dessner and Arcade Fire's Richard Reed Parry being members of two of the biggest indie bands around, they're also regulars in the indie/classical scene and they've now co-curated a new piece 'Black Mountain Songs' that made its world premiere at BAM on Thursday night. Tonight concludes the piece's four-night run. It features music by Dessner and Parry, as well as by Jherek Bischoff, Tim Hecker, Nico Muhly and others.

Manilla Road, Weed is Weed, Polygamyst @ Saint Vitus
Kansas metal legends Manilla Road put out a handful of classic albums in the '80s that experimented with thrash, NWOBHM, power metal, prog and '70s proto-metal. The only constant member has been frontman Mark "The Shark" Shelton, but his current bandmates are no slackers. Tonight's the first of a 2-night stand at Vitus this weekend.

The Range + Secret Guest, Octo Octa (DJ Set), Aurora Halal (DJ Set) @ Glasslands
Providence producer The Range has been building some buzz over the past year or so thanks to an album and an EP of quality IDM. A secret guest is promised tonight too.

Escort, Naomi Shelton & Gospel Queens, Razor N Tape DJs @ Brooklyn Bowl
Revel in a double bill of classic sounds from Brooklyn's 15-piece disco orchestra Escort who sound like the '70s and soul veteran Naomi Shelton who was actually singing in the '70s but only rose to prominence recently thanks to Daptone Records.

Phil Lesh & Friends @ Capitol Theatre
As any Deadhead can tell you, Phil Lesh plays the favorites and his current band does it well. It's another night of his never-ending residency at The Cap, and these shows are always a good time.