The Blind Shake at McCarren Park in June (more by PSquared) 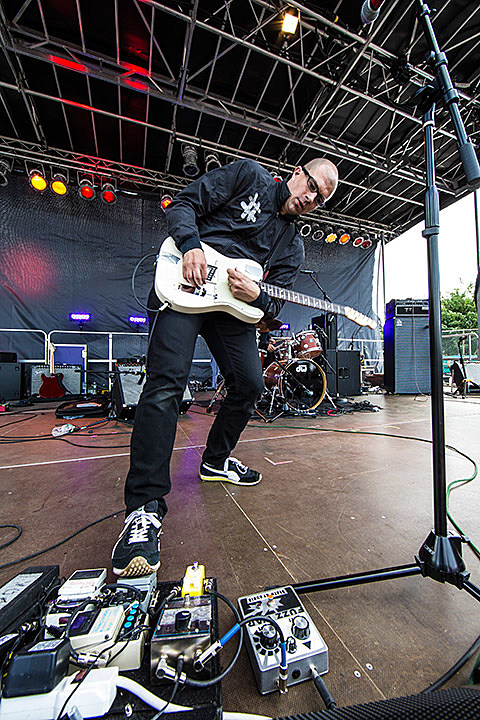 Bob Dylan @ NJPAC
Bob Dylan begins his five-night Beacon Theatre run in two days, but ahead of that there's another chance to catch him not far from NYC tonight.

Interpol, Hundred Waters @ Terminal 5
Interpol may not change it up much on their new album, but if Interpol doing what Interpol does best is what you seek, you've probably already got tickets for tonight. It's the third of three shows, all of which were sold out. Make sure you don't miss Hundred Waters, whose layered art pop will be a great start to the night.

Blonde Redhead, VBA @ Bowery Ballroom
NYC indie greats Blonde Redhead have tackled dream pop, noise rock, synth pop and more in their 20+ year career, and returned this year with their ninth album, Barragán. Tonight's the second of three NYC shows on this tour, all with different openers. This one's got the rockin' VBA.

The Blind Shake, Wax Witches @ Baby's All Right
With a new album on Castle Face that is their rawest cut of animal beat garage proto-punk yet, The Blind Shake barrel into NYC for two shows. Tonight's the second.

Method Man, Redman, Berner, Mick Jenkins @ Best Buy Theater
While the new Wu-Tang Clan album comes out in less than a week, right now member Method Man is working with his pal Redman, who he's been collaborating with for two decades now.

Avan Lava, Clementine & the Galaxy, The Adversary @ Glasslands
Over-the-top dance act Avan Lava say Goodbye to Glasslands (which closes at the end of December). They're still together, just their final show at the club.

Kingdom, Ma Nguzu, Rizzla, Dubbel Dutch, False Witness, special guests @ Good Room
LA beatmaster Kingdom is debuting a new party called Viper XL tonight at the Good Room which used to be Europa. In addition to Kingdom himself, the lineup includes Ma Nguzu of Nguzunguzu and other friends, plus special guests are promised. This will probably go late, and doesn't sound like a bad way to spend the biggest bar night of the year.