James Blake at Terminal 5 in 2013 (more by Jono Bernstein) 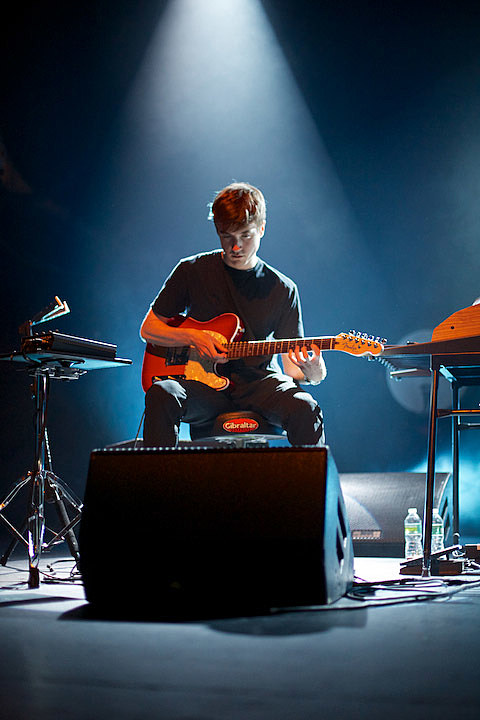 Bob Dylan @ Beacon Theatre
Bob Dylan undeniably changed the worlds of folk music and folk rock, and over half a century after the release of his first album he's still going strong. His 36th album is due out next year and right now he's on a tour which continues his five-night run at Beacon Theater tonight. This is night 4.

James Blake, Airhead @ MHOW
An early Christmas gift to some lucky fans, James Blake is playing this intimate gig (for him these days) tonight at MHOW as part of a short tour with Airhead. Sold out, natch. He's also DJing at Output later this week too.

Mirel Wagner @ Rough Trade
Finland's Mirel Wagner makes bare, haunting folk that achieves a lot of power with just her voice and softly strummed guitar. Her new album, When the Cellar Children See the Light of Day, came out on Sub Pop.

Doug Loves Movies: The 12 Guests Of Xmas @ Gramercy Theatre
In a very special holiday edition of Doug Benson's popular podcast, 12 guests will compete in the "Leonard Maltin Game." Sold out.