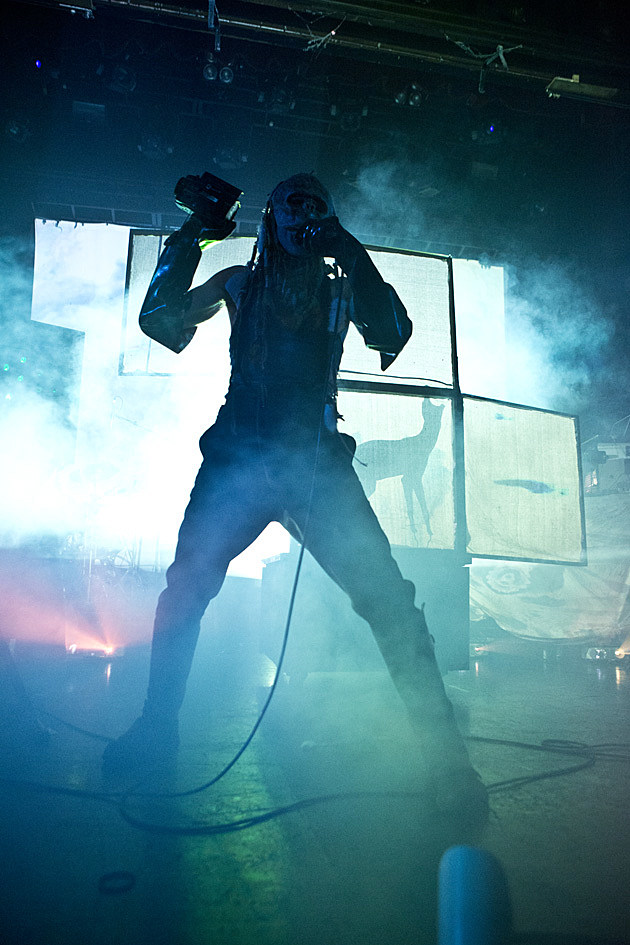 Sebastien Tellier @ Bowery Ballroom
Fueled by recollections of his childhood, Sebastian Tellier's new album reimagines his youth as if he grew up in Brazil instead of France. Tropical heat and French cool have long been a winning combo and with flutes, strings and "bah bah" choruses, this coulda been released by Sergio Mendes (or Serge Gainsbourg) in 1975. Let's hope the live show is just as lush.

Blonde Redhead, Luke Temple @ Music Hall of Williamsburg
NYC indie greats Blonde Redhead have tackled dream pop, noise rock, synth pop and more in their 20+ year career, and returned this year with their ninth album, Barragán. Tonight's the third of three NYC shows on this tour, all with different openers. This one's got Here We Go Magic's Luke Temple.

Say Anything, Saves The Day, Reggie & The Full Effect @ Irving Plaza
You may balk at the idea of seeing Say Anything and Saves the Day in 2014 (some of you may even balk at the idea of doing that ever), but if you do want to, there's no better tour to see than this. Saves the Day are playing their 15-year-old gamechanger Through Being Cool and Say Anything are playing their 10-year-old ...Is A Real Boy, an ambitious album from the usually-not-ambitious pop punk scene. This is night 1 of 2.

Bob Dylan @ Beacon Theatre
Bob Dylan undeniably changed the worlds of folk music and folk rock, and over half a century after the release of his first album he's still going strong. His 36th album is due out next year and right now he's on a tour which continues his five-night run at Beacon Theater tonight. Night 4.

Flogging Molly, The Mighty Stef, The Pasadena Band @ Capitol Theatre
Though you may be more in Christmas spirit than St. Patrick's Day spirit at the moment, that's no excuse not to sing drunken lullabies with Flogging Molly at The Cap tonight.