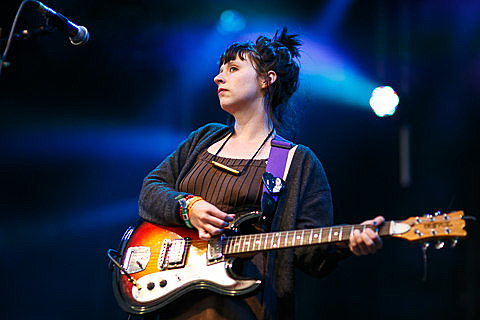 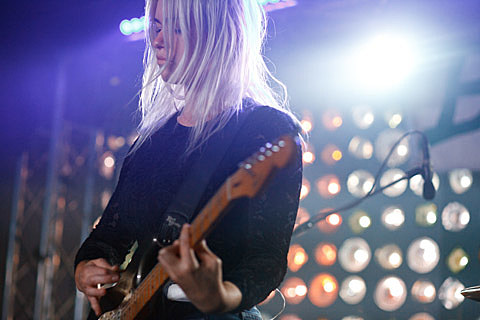 Waxahatchee, Steve Gunn, The Goodbye Party, Weyes Blood @ Glasslands
It's one of your last chances to get to Glasslands before it closes, and of all these final shows this lineup is especially hard to pass up. Waxahatchee's been previewing stuff off her upcoming album lately so maybe we'll hear some of that. Steve Gunn will bring the psych folk and his impressive fretwork, The Goodbye Party will bring the lo-fi pop, and Weyes Blood provides the evening with some all-star pipes.

Dave Hill, Valley Lodge, Todd Barry, Janeane Garofalo, Bridget Everett, Chris Distefano, Larry Murphy @ The Bell House
This is Dave Hill's monthly show "Meet Me in the Bathroom and Tell Me All Your Secrets," though for the holidays they've moved from the bathroom to "under the mistletoe." He's pulled together quite a line-up too.

Public Access TV, Beverly, Crocodiles (Brandon DJ Set), The Pains of Being Pure at Heart (Kip DJ Set), DJBP, DJ Lio Kanine @ Baby's All Right
It's the Kanine Records holiday party, featuring live sets from Public Access TV, Beverly and Sleigher (actually Jamaica Queens) in the performance room, and a host of DJs (including Kip of TPOBPAH and BV's Bill Pearis) in the front. It's free with RSVP.

FaltyDL, Braille, Dave Q, Funafuji, Seafloor, Nooka Jones @ Cameo
Percussion Lab is having their holiday party at Cameo tonight with a pretty stacked lineup that includes at least two of NY's finest beatmakers, FaltyDL and Braille (of Sepalcure). It starts at 10 PM and is totally free.

Olivia Jean, The Dough Rollers @ Rough Trade
This totally free Third Man Records-presented show features two of their artists: Black Belles singer Olivia Jean, who put out her garage/rockabilly debut solo LP this year, and the rootsy Dough Rollers who put out an EP recently. We're not sure if Jack himself will be there, but maybe he'll show up virtually.

The Foreign Exchange, Natasha Diggs, OP! @ Music Hall of Williamsburg
The Foreign Exchange is the long-running hip hop duo of Little Brother's Phonte and producer Nicolay. They're not supporting a new album at the moment but last released Love in Flying Colors in 2013. Tonight's show is free with RSVP (which is now closed).

Aimee Mann, Ted Leo, Susanna Hoffs, Jonathan Coulton @ Tarrytown Music Hall
Aimee Mann and Ted Leo (who collaborate as The Both) will bring their Christmas show to NYC proper on Saturday, but there's two other shows in the area before that including tonight's in Westchester. Helping them get in the holiday spirit is Susannah Hoffs of The Bangles and geek rocker Jonathan Coulton.