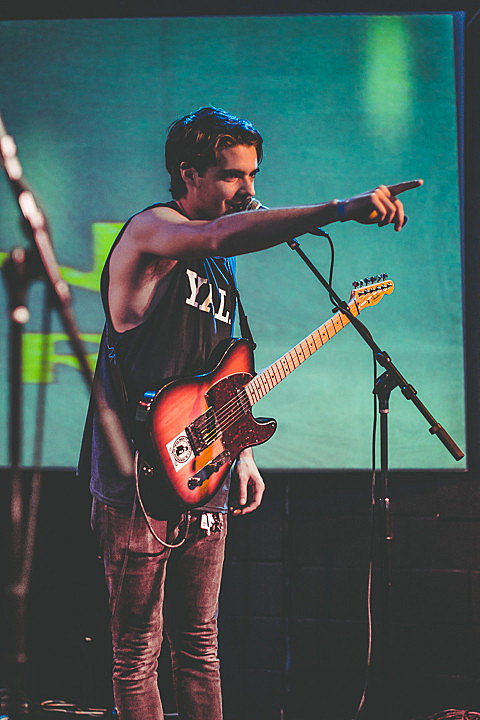 Modern Baseball, Knuckle Puck, Foxing, Crying, Somos @ Music Hall of Williamsburg
This tour is loaded with cool stuff from the lyrical, youthful Modern Baseball, to the delicately arranged and cathartic Foxing, to the gameboy-fueled pop punks Crying, to guitar slingers Somos. This is the second of two NYC shows.

Tinashe, Main Girl @ Highline Ballroom
Tinashe's debut album, Aquarius, was one of the year's best alt-R&B records, and its placement on several year-end lists has been deserved. She was last in NYC for Power 105.1 Powerhouse but tonight she returns to headline her own show.

yMusic, DM Stith, Battle Trance @ Baby's All Right
A few of the members of indie/classical group yMusic just wrapped up a BAM run backing Gabriel Kahane, and tonight they play their own show for the New Amsterdam Presents Winter Benefit. Also on the bill is DM Stith (who, like yMusic, has worked with Sufjan Stevens and My Brightest Diamond) and the sort-of tUnE-yArDs-related Battle Trance.