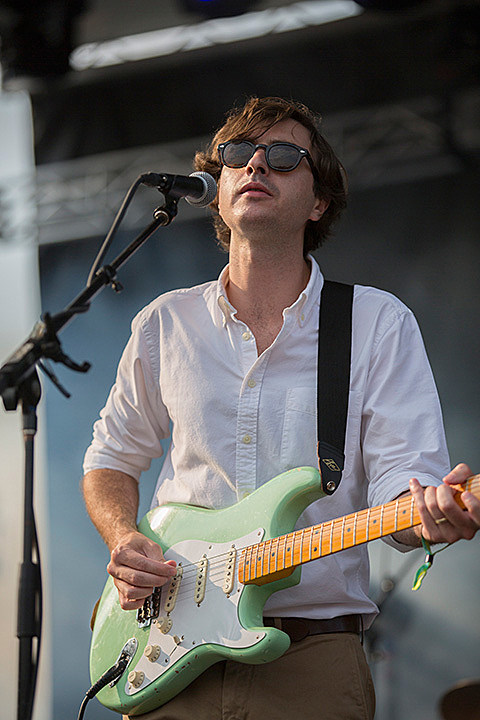 Soulside, Sweet Jesus @ Saint Vitus
Before there was Girls Against Boys, members of that band were in Dischord/DC post-hardcore band Soulside, who broke up back in 1989 but have influenced a ton of bands since. Now they're back and tonight's their second of two NYC shows at Saint Vitus (both sold out). Opening is Sweet Jesus, who feature members of Have Heart, Verse, Dropdead and Soul Control, and are a pretty good fit.

Walter Martin, Kat Edmonson @ Joe's Pub
Having released holiday single "I Walk So Slow (Under The Mistletoe)," together Walter Martin (of Walkmen) and Kat Edmonson will now celebrate the season with a festive show.

Maxo, Life Size Maps, Limited, Visuals @ Baby's All Right
Fans of Ice Choir might be a little torn tonight, as Limited (aka Alex Craig of Big Troubles and Ducktails) is working in the same millieu, and tonight's show also features Maxo who is also playing tonight's show at Cameo.

Delicate Steve, Celestial Shore, Jason Bartell (of Fang Island) @ Glasslands
Glasslands has less than two weeks left, and tonight you can check out an excellent lineup of indie rock bands that all exude instrumental technique. Go while you can.

Mitski, Bellows, Small Wonder, 100 Watt Horse @ Knitting Factory Brooklyn
Mitski's latest album, Bury Me At Makeout Creek, has made her one of the local Brooklyn scene's more exciting new artists, and it's gotten a bit of year-end acclaim. Tonight she plays with two bands in the talented Epoch collective, Bellows and Small Wonder, as well as 100 Watt Horse.

Krill, Palberta, Big Neck Police, Show Me The Body, Big Neck Police @ Shea Stadium
Krill's third album, A Distant Fist Unclenching, is coming out on February 17 via Exploding In Sound / Double Double Whammy, and its new single "Torturer" is another good example of their Spencer Krug meets Western Mass-style rock. You can stream it below.

Pilot to Gunner, Bound and Buried, The Judas Knife, Our Skies Are Noise @ The Acheron
Early 2000s-era post-hardcore band Pilot to Gunner were inactive for a while, but lately they've been anything but. Here's another chance to catch them in their hometown.