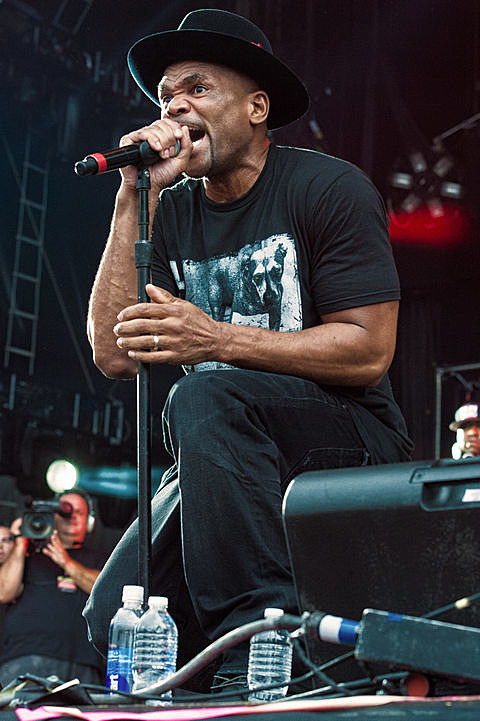 Photo: Run DMC at Made In America 2012 (more by Dana (distortion) Yavin)

RatKing, Show Me The Body, Young Gutted, '86 @ Brooklyn Night Bazaar
Run the Jewels may have ran the world of alt-rap this year, but their recent tourmates Ratking's debut album, So It Goes, was another of 2014's finest moments in that genre. Catch them in their hometown tonight for free.

DonChristian, Tigga Calore, Joey LaBeija, False Witness, LE1F (DJ Set) @ Cameo Gallery
If you're into Le1f, there's a chance you're already familiar with this pal, rapper/singer DonChristian, and an even better chance that you'd like his style. He plays Le1f's Kwanzaa show later this month, but tonight he headlines his own NYC show, and Le1f's DJing it.

RL Grime, Lunice, Branchez @ Terminal 5
Trap producer RL Grime put out his debut LP this year, and quickly got a lot more famous -- tonight's his biggest NYC show yet by far, and it's sold out.

Heaven's Gate, The Gradients, Washer, DONE, Half Human @ Silent Barn
It's been more than a year since post-shoegazers Heaven's Gate released their excellent debut album. A new EP is supposedly on the way soon, and perhaps we'll get a taste of that tonight.

Slava, Draveng, Head Hurtz, Physical Therapy @ Baby's All Right
Doors are at midnight for this late night dance party with Berlin's Draveng and a local faves.

Zula, eskimeaux, Rivergazer, Trace Mountains, Jordan Martin @ Shea Stadium
A lot of cool names from the local scene are on this bill, including prog poppers Zula, Eskimeaux (the project of Epoch Collective member and Frankie Cosmos band member Gabby Smith), the Porches-related Rivergazer, and Trace Mountains (Dave from LVL UP).

Orden Mundial, Crazy Spirit, Puce Mary, Survival @ Palisades
Danish noise artist Puce Mary's last show in NYC was with Pharmakon earlier this month, and if you like her you'll probably like Puce Mary too. The rest of the bill is on the punk side, with Spain's Orden Mundial, NYC's ripping Crazy Spirit, and local regulars Survival.