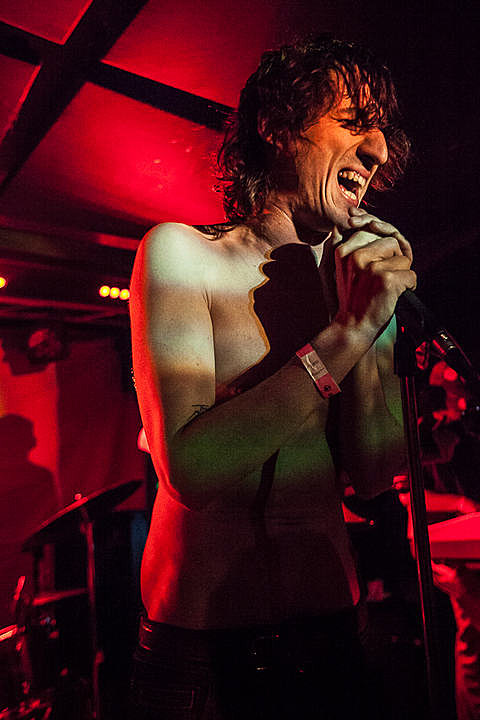 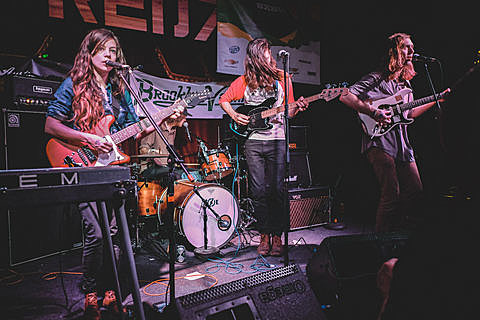 Fat White Family, PC Worship, Degreaser, Sunflower Bean @ Baby's All Right
Now calling Brooklyn their home base, UK band Fat White Family will be rubbing their scent on local venues more regularly -- which is good for music fans and maybe bad for clubs' cleaning staffs. It should be said that despite their (deserved) wild rep, FWF have a load of great songs and keep it together live, despite antics.

Matisyahu @ Best Buy Theater
Happy Hanukkah! Matisyahu is here to celebrate the holiday with his annual Festival of Light tour.

Lemuria, Slothrust, Aspiga, The Young Leaves, Prince @ Brooklyn Night Bazaar
Buffalo's Lemuria have been one of the most consistent makers of indie punk for years now, and they haven't slowed down yet. Their tourmates Prince, just so there's no confusion, are also a punk band, not the singer.

Widowspeak, Quilt, What Moon Things @ Glasslands
Widowspeak and Quilt have both played Glasslands numerous times over the years and share and share a folky quality to their music. (If you haven't heard Quilt's album from this year, do remedy that). Tonight they both say goodbye to the venue that's last night is New Year's Eve.

Com Truise, Figgy, Nitemoves @ Glasslands
The end of Glasslands is near, so get there while you still can. Tonight's is a dancefloor-moving bill headlined by Com Truise.

Nick Lowe, Los Straightjackets, The Cactus Blossoms @ Music Hall of Williamsburg
You may remember that Nick Lowe released holiday album, Quality Street, last year. He'll be in the spirit again this year, here for two shows, this being the second.

Orden Mundial, Mommy, Blank Spell, Pox @ The Acheron
Hardcore band Orden Mundial are in town all the way from Spain. Tonight's their second of two NYC shows this weekend, so catch them before they're back on the other side of the Atlantic.

Tyler The Creator, Taco @ Starland Ballroom
Odd Future's krazy kid Tyler the Creator headlines NYC's Terminal 5 soon. That's sold out, but if you didn't get tickets there's also a chance to see him in NJ tonight.

Awkwafina, Bebe Panthere, Les Bonhommes @ Knitting Factory
Entertaining NYC rapper Awkwafina (known for hits like "My Vag" and "NYC Bitche$") headlines this bill. It's worth getting there early for the Deerhoof/Rainer Maria-related Les Bonhommes too.