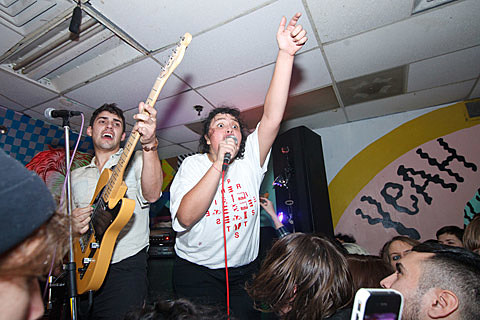 Klaus, Sharif Mekawy Group, Jonathan Toubin (DJ), Cerulean @ Glasslands
There's eight days left of Glasslands and tonight is their Holiday Party, featuring DJ Jonathan Toubin and a host of other fun stuff. It's free and would be a good chance to see the art installations that are up for these last few shows, including Peelander Yellow's backstage mural (tonight's the only night non-performers are allowed there).