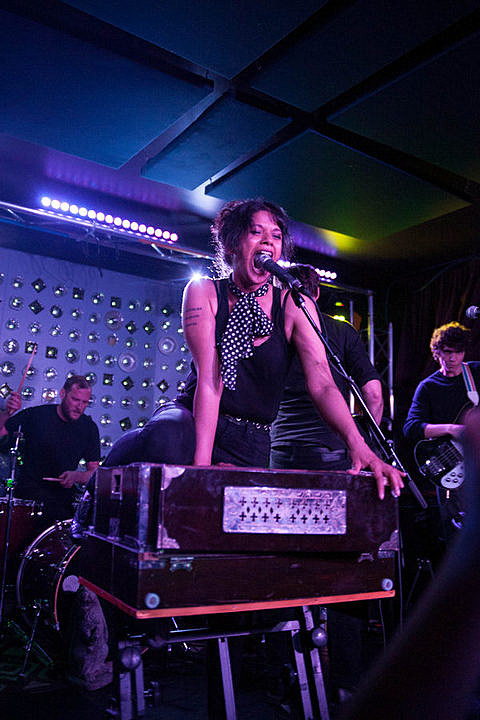 The Ugly Club, Backwords, Economy Punk, Shilpa Ray @ Glasslands
Seven nights of Glasslands left! This varied bill features psych-folk band Backwords, and the always engaging Shilpa Ray (who has new stuff on the way). If you go, be sure to check out all the art.

Allen Toussaint Trio @ City Winery
While most of his best-known songs were made famous by other performers, producer, arranger, hitmaker and general New Orleans living legend Allen Toussaint in no small way helped shape not only the sound of that city's R&B scene but of rock n' roll and pop music in general. Tonight's show is being billed as "A New Orleans Christmas."

Black Lives Matter, a Fundraising Event for Eric Garner's Family @ SOB's
The lineup isn't announced for this one, but it's one of a few NYC shows this month happening to raise money for the family of Eric Garner.