Gogol Bordello at MHOW in 2013 (more by Vladislav Grach) 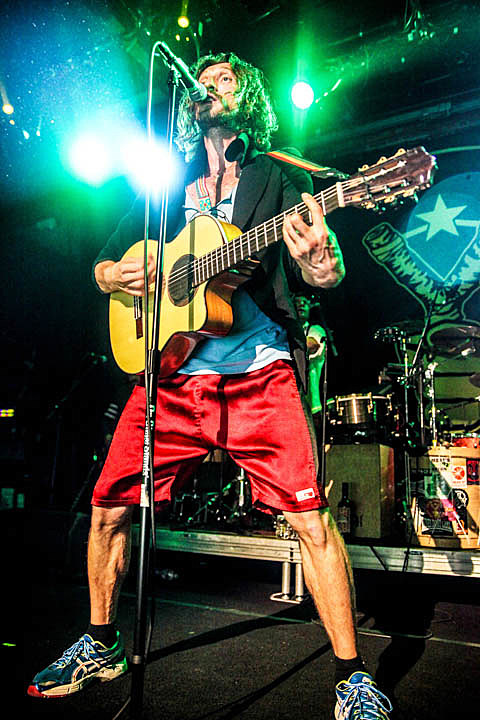 Gogol Bordello, Ana Tijoux, Man Man @ Terminal 5
Gogol Bordello often play NYC on New Year's Eve, but this year they did it in Philly. However, they're back now for a 2-night run tonight and Saturday, and what better time than the weekend after NYE to keep the party going?

American Nightmare / Give Up the Ghost, Code Orange, Full of Hell @ Webster Hall
American Nightmare/Give Up the Ghost was the great hardcore band of Wes Eisold before he went post-punk with Cold Cave, but lucky for us he brings them back every now and then. Both of tonight's openers are equally crushing -- this show is unmissable for fans of hardcore.

Restorations, Creepoid, The Yum Dee Days @ Brooklyn Night Bazaar
Though 2014 saw new records from blue collar rock faves The Hold Steady, The Gaslight Anthem and The Menzingers, no band put out a better record of that kind in 2014 than Restorations (not that the others weren't good too). Tonight they play this free show, and their shoegazey Philly neighbors Creepoid make it an excellent double bill.

Bellows, Sharpless, Yes Yes A Thousand Times Yes, Fern Mayo @ Aviv
If you're unfamiliar, The Epoch collective is a group of NYC bands who make passionate DIY pop and mostly all share members. Tonight two of those bands, Bellows and Sharpless, team up for this show at new-ish Greenpoint venue Aviv.