Operators at House of Vans in 2014 (more by Amanda Hatfield) 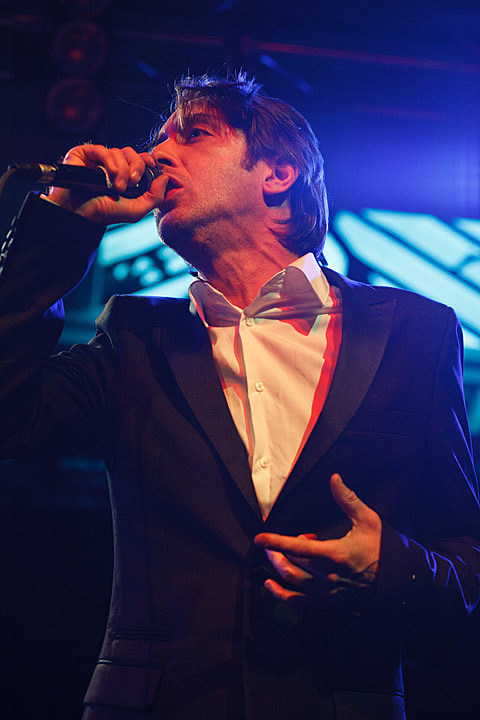 Operators @ Baby's All Right
Operators, the new project from Dan Boeckner (Handsome Furs, Divine Fits), are in town to open for Future Islands' Terminal 5 shows later in the week, but will play this decidedly more up-close-and-personal show tonight.

Steve Earle, Willie Watson @ City Winery
Steve Earle is a consumate singer-songwriter and storyteller and is always worth seeing somewhere small like this. Perhaps he'll play a few songs off his forthcoming album, Terraplane? This is his first of four City Winery shows this month.

Colin Quinn @ Over the Eight
NYC comedy vet Colin Quinn will be previewing his new show, "Breuklyn," tonight at this Williamsburg club. Doors are at 7:30 PM, show is at 8 PM, and it is totally free.

Kevin Corrigan & Larry Fessenden @ Over the Eight
Immediately following Colin's show, is another free event: actors Corrigan and Fessenden will do a live reading of the classic Scharpling & Wurster bit "The Gorch." Why is this happening? We don't know, but it is.