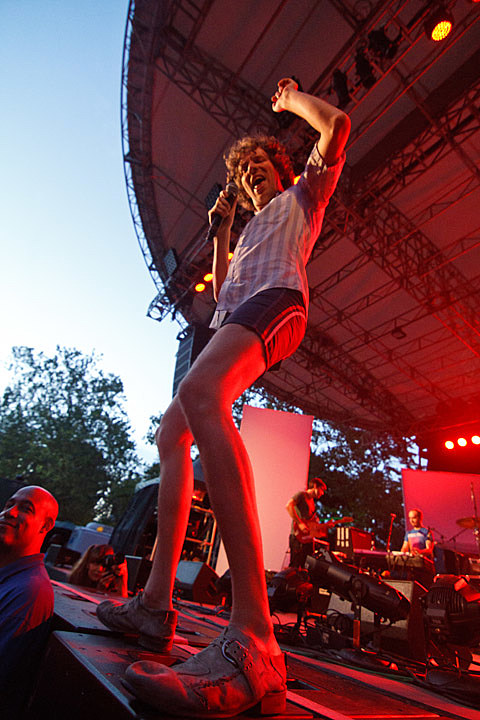 Louis CK @ MSG
The very funny Louis CK pretty much needs no introduction, as two close-to-sold-out MSG shows prove. Not long ago he trekked the country with several other comedians on the Oddball Comedy Tour, but this month he's doing a few headlining dates of his own which will likely see him doing longer sets. Tonight's his first at MSG, and he returns on the 14th.

!!!, DJ Mister Saturday Night @ Union Pool
Punk-funk stalwarts !!! (Chk Chk Chk) are getting ready to head into the studio to record their new album. To make sure they're well prepared, they'll be playing their new material this week at four consecutive nights at Union Pool. (They'll play a few old favorites, too.) Tonight's the first.

Told Slant, Adult Mom, Gay Panic, Mallory @ SIlent Barn
Told Slant scan as "bedroom pop," but rather than looking introverted on stage they give uplifting, passionate performances. The rest of the bill is pretty similarly minded.

Silk Rhodes, Ava Luna, Macula Dog, 999Reversus, Cal Fish @ Market Hotel
Originally this show was to be at Trans Pecos but has been moved to the new Market Hotel! NYC funk-punk collective Ava Luna are regulars on the scene but they're billing tonight as their "last show for a long time." Catch them while you still can!