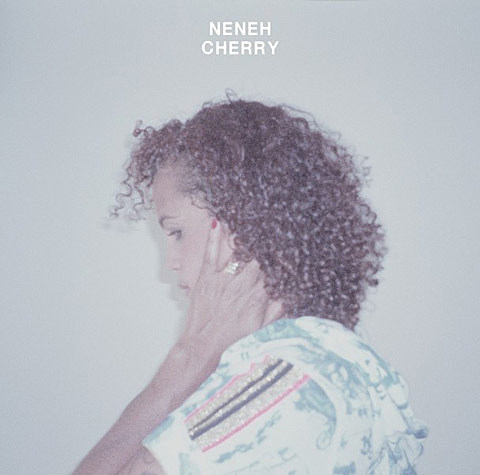 High on Fire, Windhand, Mountain of Wizard @ Saint Vitus (2 shows)
It's an excellent double bill at these two Vitus shows with sludgy stoners High on Fire and the highly melodic trad-doomers Windhand. Both are sold out.

!!! , Cheap Shots @ Union Pool
Punk-funk stalwarts !!! (Chk Chk Chk) are getting ready to head into the studio to record their new album. To make sure they're well prepared, they'll be playing their new material (and a few old favorites) this week at four consecutive nights at Union Pool. Tonight's the third.

YG, Nipsey Hussle @ Best Buy Theater
YG had a great 2014 with the release of his official debut album, the mostly DJ Mustard-produced My Krazy Life. His tour with Nipsey Hussle was supposed to happen in the fall but it got rescheduled and finally hits NYC tonight.

Hailu Mergia, Low Mentality, Alsarah and The Nubatones , The Happy Show (DJ) @ Baby's All Right
Ethiopian funk musician Hailu Mergia's 1985 album was an overlooked gem, but thanks to its 2013 reissue it's been getting the attention it deserves. Hailu now plays NYC relatively frequently, and tonight's his first of two shows here this weekend.

Rangda, Samara Lubelski/Marcia Bassett duo @ Baby's All Right
Rangda, the trio of Six Organs of Admittance's Ben Chasny, Sun City Girls' Richard Bishop, and Bjork/Kim Gordon/Thurston Moore/etc collaborator Chris Corsano, haven't played in a while but tonight they kick off a 2-night run of the Northeast. They say a new album's on the way, so maybe we'll hear new songs tonight. Samara Lubelski, who was in Thurston Moore's band Chelsea Light Moving, opens with a duo set with Zaimph's Marcia Bassett.

Tijuana Panthers, The Garden, Surfbort, Dances @ The Studio at Webster Hall
Southern California trio Tijuana Panthers keep things on the party side of the garage with some of it spilling into the beach.

Dr. Dog, Twain @ Music Hall of Williamsburg
Dr. Dog are putting a live album out next week, and they're also about to kick off a run of eight NYC shows, with different openers. Tonight's the first show, with Twain opening.

Roman a Clef, Wins, Klaus @ Mercury Lounge
Do you wish Prefab Sprout were still a touring entity? Well you might want to check out Roman a Clef, which features members of A Sunny Day in Glasgow and Ice Choir who seem to be channelling serious Paddy McAloon vibes. Pretty Swoon-worthy stuff, indeed.

Jason Molina tribute @ Troost
Jason Molina (Songs: Ohia, Magnolia Electric Co) sadly passed away in 2013, and in his honor a tribute album was released this week. Tonight's the release party for that album which includes some of the musicians he played with in Songs: Ohia, Thalia Zedek, a Sparklehorse backing musician and more.

Reggie Watts @ Blue Note
This is Reggie's first solo show since being named bandleader of Stephen Colbert's takeover of CBS' The Late Show. Reggie's blend of improv, comedy, beatboxing and loop-pedal mastery is usually worth catching.

Mother Falcon @ Littlefield
Many membered chamber pop collective Mother Falcon are playing NYC as part of the APAP conference tomorrow, but tonight they squeeze in another show here at Littlefield.

Vasudeva, Pinegrove, The Most, Nine of Swords, Co-Pilots @ Palisades
Some cool bands on this show, including mathy/dancey instrumental rockers Vasudeva, indie rockers Pinegrove, and screamo-y punks Nine of Swords.

Earl Boykins, Thick, Diet Cig, PWR BTTM @ Legion
Diet Cig hail from New Paltz and have an album coming on Father/Daughter produced by Christopher Daly (Porches, Quarterbacks), and if you're into the DIY pop that label is known for, you might dig Diet Cig too.

Patton Oswalt @ Carnegie Hall
With a new book out about his movie-obsessed years in '90s Los Angeles, Patton's been a busy guy this week in NYC, but this is his big, stand-up-centric centerpiece of his visit.

Winter Jazzfest
The 2015 edition of this yearly festival gets into full swing tonight with concerts at 10 different NYC venues.