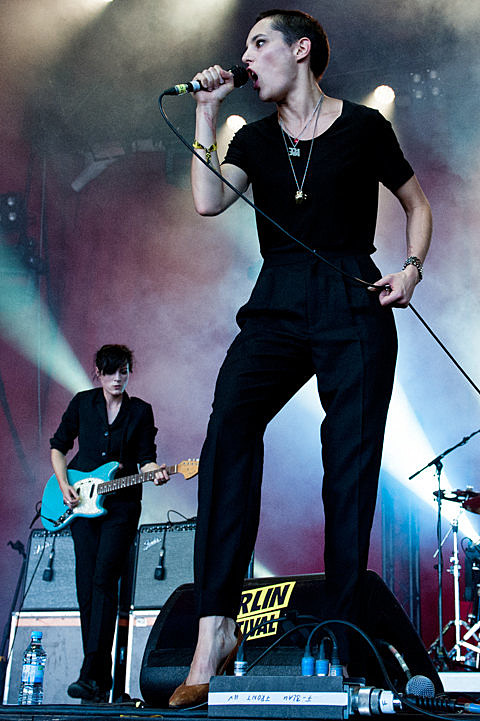 Tanya Tagaq, Sirius Quartet @ Joe's Pub
Throat singer Tanya Tagaq has worked with Bjork and Mike Patton and her 2014 album Animism beat out records by Arcade Fire, Drake, Mac DeMarco, Chromeo and more for Canada's Polaris Music Prize. She's got a disarming style that you can experience up close and personal tonight.

Vomitface, Black Black, Slippertails @ Cake Shop
Jersey City trio Vomitface make sludgy, grungy rock, as you can hear on their self-titled 2014 debut 7" (stream it below). This is the second week of their January Mondays residency at Cake Shop.

Dr. Dog, mewithoutYou @ Music Hall of Williamsburg
Dr. Dog are on night 4 of their eight-night NYC run with different openers. This one's the first of two with post-hardcore art rockers mewithoutYou, who are promising a new album for this year.

Sharkmuffin, Best Behavior, Scherzo, Agita @ Grand Victory
Brooklyn garage rock trio Sharkmuffin are a newer band, but sound straight out of the garage rock boom of the last decade. Picture something between Yeah Yeah Yeahs and Sahara Hotnights and you'll get an idea.

Steve Earle, Shawn Colvin @ City Winery
Long-running and always-active folk singer Steve Earle is releasing a new album with his longtime band The Dukes called Terraplane on February 17. You can hear some of that at Steve's City Winery residency. Tonight is the second of four shows.