photo: The Vaselines at The Bell House in 2012 (more by David Andrako) 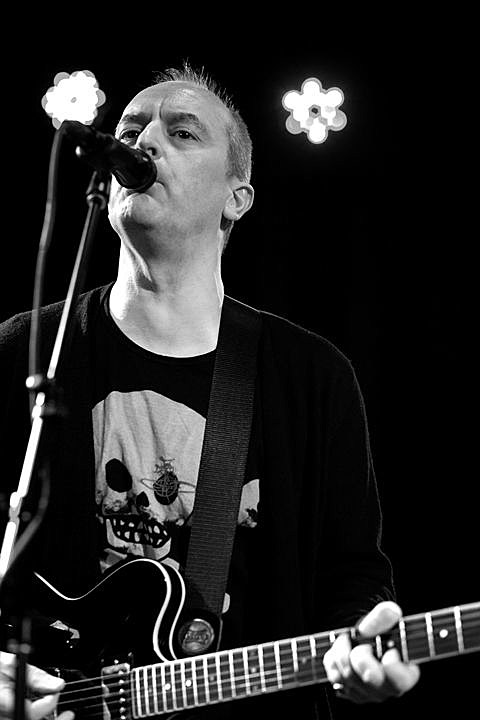 The Vaselines, Amanda X @ Bell House
Scottish indie rock royalty The Vaselines have now released two albums since returning from a long hiatus, most recently with 2013's V is for Vaselines. They're a lot of fun live, with the banter between Frances McKee and Eugene Kelly providing almost as much entertainment as their songs. On past tours, the band has included members of Belle & Sebastian, but this time folks from Sons & Daughters and 1990s help out. Philadelphia's Amanda X are worth showing up early.

Dr. Dog, Yellerkin @ Bowery Ballroom
It's the second to last night of Dr. Dog's 8-night NYC run, and this one's with NY's Yellerkin.

Karma To Burn, Sierra, Shitkill @ Saint Vitus
Instrumental stoner rock vets Karma to Burn reunited back in 2009 and stayed active, most recently releasing their Arch Stanton album in 2014. Tonight they make their way to NYC in support of that.

Sporting Life (of Ratking), Show Me The Body, Tippwerk, The Taxidermists @ Silent Barn
Ratking gain the descriptor of "alt-rap" partially thanks to Sporting Life's off-kilter production, and he'll be showing that off in solo form tonight. This is the venue's late show.

Bill Frisell @ Lincoln Center
With help from violist Eyvind Kang, bassist Thomas Morgan, drummer Rudy Royston, and singer/violinist Petra Haden (That Dog), guitarist Bill Frisell is performing interpretations of classics from the big screen like "When You Wish Upon a Star," "Alfie," and "Moon River."