photo: The Sidekicks at Saint Vitus in 2013 (more by Vladislav Grach) 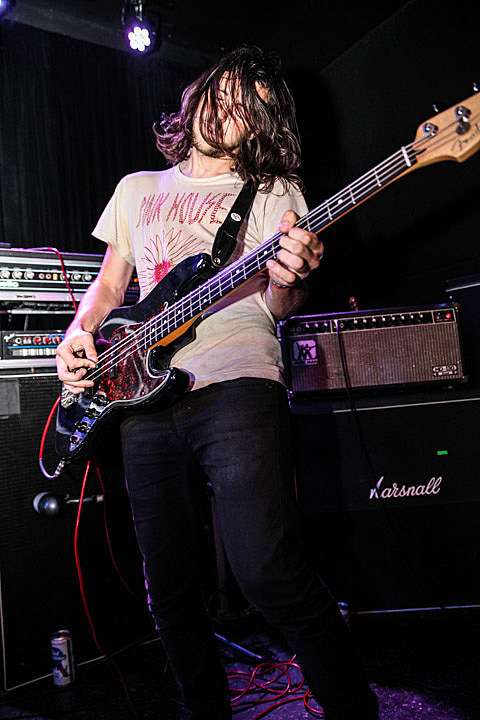 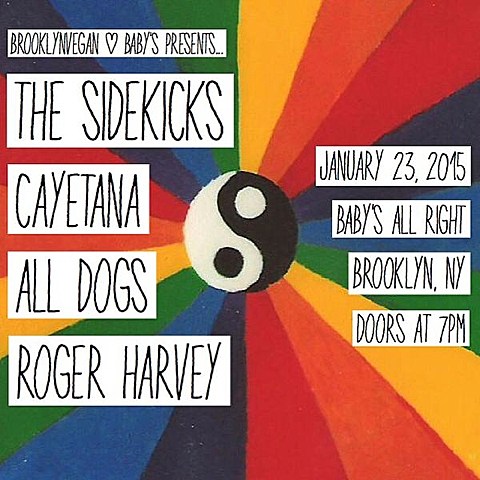 The Sidekicks, Cayetana, All Dogs, Roger Harvey @ Baby's All Right
Columbus, Ohio's The Sidekicks just dropped their fourth album and first for Epitaph, Runners in the Nerved World, which finds the once-punk band moving into Shins/Band of Horses territory. They excel at both sounds, and BV is proud to present tonight's record release show which also includes two indie punk bands -- Cayetana and All Dogs -- and somber songwriter Roger Harvey.

Sylvan Esso, Mr. Twin Sister @ Terminal 5
Sylvan Esso blew right up in 2014, skipping straight from Bowery Ballroom to a sold-out show at Terminal 5. Their appealing debut album and charming stage presence of singer Amelia Meath have a lot to do with it. If you're going, get there early for Mr Twin Sister who fit right in with SE's inviting, danceable sound.

Sufjan Stevens' 'Round-Up' w/ Yarn/Wire @ BAM
While Sufjan will release his first studio album since 2010 this March, ahead of that he's premiering a new piece called Round-Up at BAM which continues tonight and runs through Sunday (1/25). Sufjan will be on electronics and new-music ensemble Yarn/Wire is on piano and percussion.

Set and Setting, Blackout, A Film in Color @ Acheron
While Set and Setting come from a metal scene, they make the kind of beautiful post-rock that soars more than it crushes. They put out an excellent LP on Prosthetic Records last year, and it sounds like the kind of thing that could be really overwhelming (in a good way) live.

Lia Ices, Seoul, White Prism @ Rough Trade
Lia Ices changed her sound up on last year's Ices, when she chose to work with unlikely collaborator Clams Casino. Check out her new style live tonight. If you're going, Montreal band Seoul make airy, '80s-inspired soft pop and are worth showing up early to catch.

Amanda Jo Williams, Batfog @ Sugarcube
If you're looking for something different to do after work, head to the Seaport where you can hang and see bands at inflatable venue Sugarcube. It's free and goes from 8 - 10 PM. Tonight's entertainment includes electronic leaning ensemble Batfog.

Tonight's Smoke DZA show at The Wick appears to be cancelled but his show Sunday at The Studio at Webster Hall is still happening.