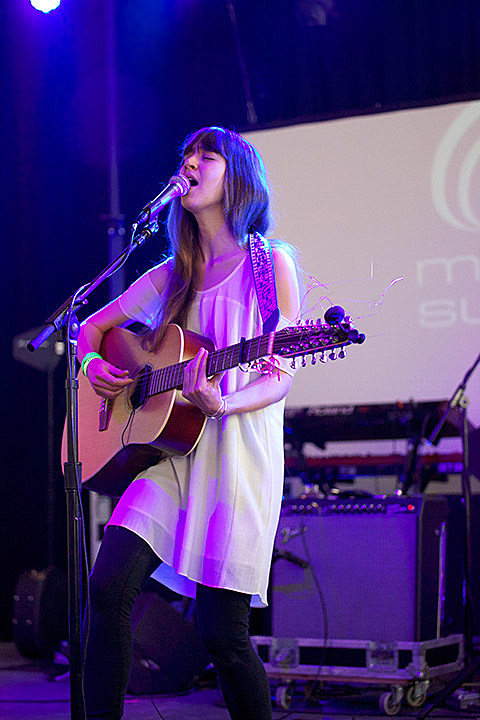 The Besnard Lakes, USA out of Vietnam @ Rough Trade
We're coming up on two years since Montreal's The Besnard Lakes released the last album, Until in Excess, Imperceptible UFO, and while they haven't announced a new record, there is movement in the works...hence this tour. Their brand of guitar rock grandeur makes a case for "epic" not being a four-letter-word (in the not literal sense, of course, which it clearly is).

Sufjan Stevens' 'Round-Up' w/ Yarn/Wire @ BAM
While Sufjan will release his first studio album since 2010 this March, ahead of that he's premiering a new piece called Round-Up at BAM which continues tonight and runs through Sunday (1/25). Sufjan will be on electronics and new-music ensemble Yarn/Wire is on piano and percussion.

Kayo Dot, Gnaw, The Glorious Revolution @ Coco 66
Kayo Dot bring together a ton of different metal subgenres (and some non-metal ones too) into a mix that's truly their own. Local noisemakers Gnaw are not to miss either.

Reverend Horton Heat, Robert Gordon, Dale Watson, Rosie Flores @ Gramercy Theatre
In the world of surf-rock, the Rev is a lengend, bringing a crazed twang to his raucous instrumentals and psychobilly freakouts. This show was originally supposed to be at Irving Plaza.

Savages @ Saint Vitus
We're a little more than halfway through Savages' nine-show NYC residency, and they seem to have gotten comfortable with the new material they're playing at these shows. (We're still hoping they'll add "She Will" and "Flying to Berlin" pop up on setlists, though.) Sold out, but check Savages twitter -- they have been releasing a few tickets at the door to most of the shows so far (including last Saturday's Vitus show).

Louis C.K. @ Madison Square Garden
Once an underground sensation, Louis CK has become one of the biggest comedians in America -- by doing it his way. This is Louis CK's third of four (!) MSG shows.

Pale Lights, Great Lakes @ Friends & Lovers
Like the expertly jangled sound of '80s indiepop like Lloyd Cole & the Commotions, Felt and The Go-Betweens? Brooklyn's Pale Lights, led by sometimes Comet Gain member Phil Stutton, keep the flag flying. Ladybug Transistor offshoot Olson, Rydholm, and Forester were supposed to play tonight as well but have had to drop off the bill.

Nitty Scott MC, Celeste, Chelsea Reject, DJ Patrick A Reed @ The Acheron
Tonight, Celeste brings her recurring hip hop party back to the mostly-punk/metal venue Acheron, and this time it's an all-female lineup with Nitty Scott and Chelsea Reject.

Motion Studies, Rathborne, Fitness @ Palisades
Motion Studios carry on in the live band dance rock tradition of early-'00s Brooklyn and do a very good job of it. Catch them tonight with the solid pop of Rathborne.

Fleetwood Mac @ Boardwalk Hall (Atlantic City)
Fleetwood Mac are now back with their entire classic lineup -- Christine McVie, John McVie, Mick Fleetwood, Stevie Nicks and Lindsey Buckingham -- and tonight they continue their multi-night NY-area run. They've still got it and they play all the hits, so see them while you still can.