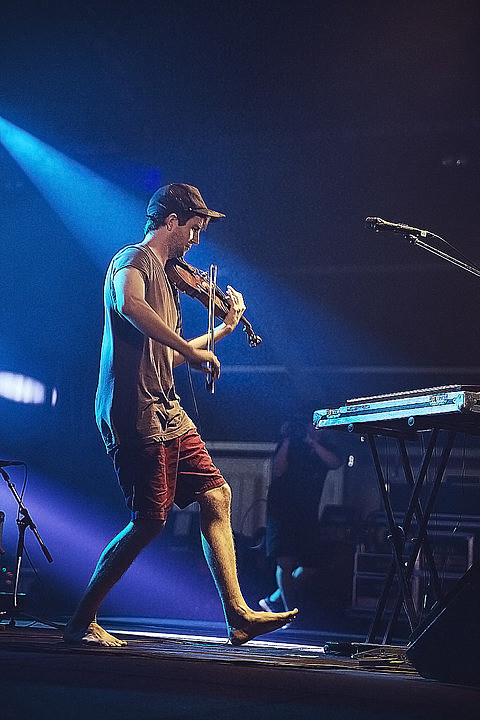 Savages @ Baby's All Right
Rescheduled from Monday's blizzard-that-wasn't, Savages are now playing the late show with doors at midnight. Which could definitely make things a different vibe. This is now the second-to-last of their nine NYC shows.

Porcelain Raft, Noveller, Ponyhof @ Cameo Gallery
Porcelain Raft headlines this show, but for Noveller it's the release party for her new album Fantastic Planet, which pairs her mesmerizing guitar playing with some pulsating electronics.

Marilyn Manson, Unlocking The Truth @ Terminal 5
Veteran shock rocker Marilyn Manson has been getting some of the best reviews of his career for his new album, The Pale Emperor. The very young band Unlocking the Truth open tonight. This is the makeup date from Monday's show postponement.

Mike Doughty @ WNYC Greene Space
Onetime Soul Coughing frontman Mike Doughty has written a rock opera based on The Bible's 'Book of Revelation' and he'll be performing those songs tonight with a full band and backup singers. This is a makeup show for Tuesday (which was canceled due to the storm).

Wolf Alice, Charly Bliss @ Baby's All Right
Buzzy UK band Wolf Alice sound like '90s alt-rock on one song and like The xx on the next. Tonight they play their first of two NYC shows this week.