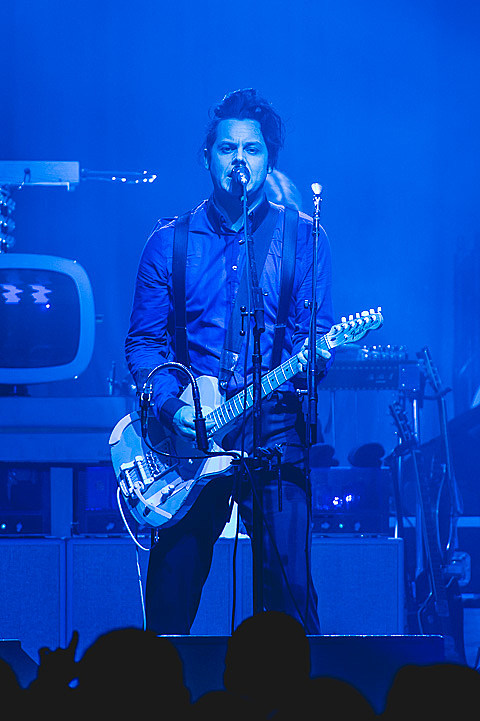 Jack White, Run The Jewels @ Madison Square Garden
Former White Stripe, blues lover, and guitar-rock devotee Jack White returns to MSG (where The White Stripes played in 2007) for his first headlining show here as a solo artist. His recent sets have all had him mixing it up between his solo stuff and his former bands (at his Nashville show on Wednesday, he actually reunited The Raconteurs on stage). If you're going tonight, definitely don't miss Run The Jewels, the recently-formed rap duo by Killer Mike and El-P that truly reinvigorated both of their careers. Tonight's show is sold out.

If you're not going, you can stream it live on Pandora. It begins at 9 PM and loops for the next 72 hours. An archive will go up on February 3 where you can listen to it song-by-song.

Torres, Mainland, Heliotropes, Ancient Ocean @ Brooklyn Night Bazaar
Torres announced her new album earlier this week, and put out the single which has her sounding more rocking than on her debut. Hopefully we'll hear even more new stuff tonight.

Beverly, Honduras, Christines @ Alphaville
Bushwick bar Alphaville has been open for a few months, but this is the first official show in its back room performance space. It's a pretty killer kickoff, with the ultra-melodic indie rock of Beverly, '60s revivalists Honduras, and Christines' thick shoegaze.

Tombs, Black Anvil, Darkside NYC @ The Acheron
Sludgesters Tombs and black metallers Black Anvil are two of NYC's best local bands, and this spring they'll hit the road together in Europe. But tonight they'll give their hometown a taste of that same double bill.

Screaming Females @ Stevens Institute of Technology
Screaming Females are about to release their sixth album, and from the sound of the songs they've put out so far, it's going more of their badass rock and killer riffs. They've got a couple NYC shows coming up next month, but tonight they'll be nearby in Hoboken.

Ben Howard, Hiss Golden Messenger @ Hammerstein Ballroomv
Ben Howard's the headliner, but if you're going to this show we especially recommend showing up for Hiss Golden Messenger. He'stransformed from a haunting bare-bones folk singer to an Electric Dylan-esque folk rocker, and whatever mode he's in, it's great.

Ovlov, Grass Is Green, Two Inch Astronaut, KSPILL @ Silent Barn
If you miss the indie rock and post-hardcore sounds of the '90s, you'll find that the bands on this bill fill that void pretty well.

Addison Groove, Doctor Jeep, ROZI, Regent Street @ Cameo Gallery
UK footwork producer Addison Groove is one of the musicians who had the pleasure of collaborating with DJ Rashad before he sadly passed away. If you like Rashad's stuff, there's a good chance you'll dig Addison Groove's too.

John Oliver @ Beacon Theater
While we wait for Last Week Tonight to return to HBO, host John Oliver does standup tonight in one of Manhattan's toniest venues.

Demetri Martin @ The Paramount
Master of witty deadpan one-liners Demetri Martin brings his tour just out of NYC tonight, and he'll be back in February to play the city proper.

The B-52's @ The Space at Westbury
Coming up quickly on their 40th anniversary, The B-52's still bring the party with a catalogue of classic dance-friendly postpunky new wave.