photos: His Name Is Alive DJing Warm Up in 2011 (more by Erez Avissar) 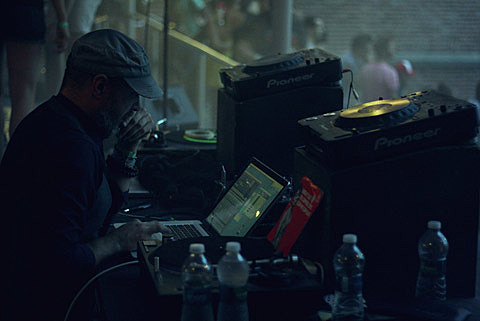 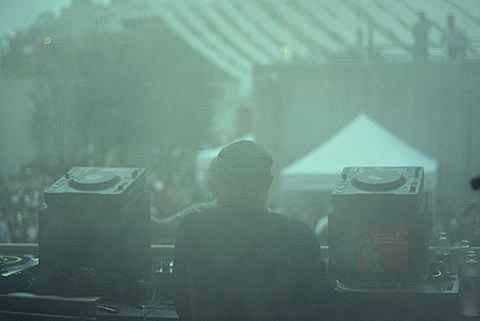 Dan Deacon, Future Punx, The Great Void @ Baby's All Right
With his new album, Gliss Riffer, out later this month, Dan Deacon plays this small Red Bull Sound Select show tonight with good suppport too. If you didn't RSVP for $3 entry ahead of time it's $10 at the door otherwise. In either case, arrive early.

Parquet Courts, Laced, Digital Prisoners of War @ Palisades
Coming off a very busy 2014, Parquet Courts are keeping it rolling into the new year. This is the second of two sold-out shows at Palisades and is with Dustin Payseur's Laced on the bill as well.

His Name is Alive, No Chief @ Rough Trade
"Michigan's finest," His Name is Alive, released their 14th album, Tecuciztecatl, last year via Light in The Attic, a rock opera heavy on Thin Lizzy-style twin guitar leads and a pitch-black plot. The band are also celebrating their 25th anniversary  (the first half of their career as one of 4AD's signature artists) on this tour.

Dead Heavens, Cayetana, Without @ Saint Vitus
Post-hardcore legend Walter Schreifels (Gorilla Biscuits, Quicksand, etc) recently formed two new bands, one of which is the '60s-inspired Dead Heavens, who begin a three-show weekly residency at Saint Vitus tonight. And if you ask us, this may be the most exciting lineup all around of all three. There's Philly's great indie rock newcomers Cayetana, and Without who feature Bobby Drake of The Hold Steady.

Local H @ Revolution Bar
Local H keep the '90s rock sound alive with their career that turns 25 this year and will have their eighth album out this spring. Their current tour doesn't hit NYC, but it's nearby for this Long Island show tonight.

Jay Farrar (Son Volt), Chip Taylor @ The Living Room
Uncle Tupelo and Son Volt's Jay Farrar is plays his first of two NYC shows this week tonight at the new Williamsburg location of The Living Room. Tonight's show is with veteran songwriter Chip Taylor who penned such hits as "Angel of the Morning" and "Wild Thing."