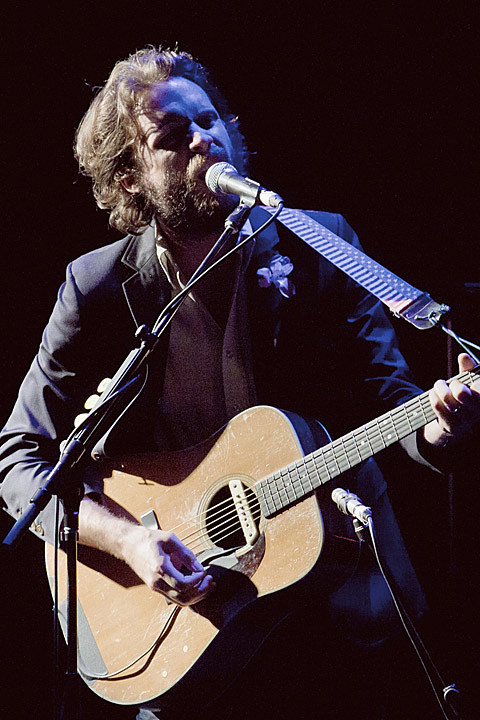 Kanye West @ Madison Square Park
As part of NBA All-Star Weekend, Kanye plays this free show outside of Madison Square Park at 8 PM that you had to win Roc Nation or Power 105.1's contests to get into. OKC Thunder player (and Roc Nations Sports signee) Kevin Durant co-hosts. There hasn't been one day this week that the internet could stop talking about Kanye West, so hopefully he'll have some juicy responses on stage. If you didn't get in, you can stream the show live on Jay Z's Life + Times website. And if you don't stream it, we're sure you'll hear all about it tomorrow.

The Mary Onettes, Alex Calder, Nicholas Nicholas @ Cameo Gallery
Owing a lot to New Order and The Cure, Swedish band The Mary Onettes have honed their own brand of mopey dreampop. This is their first full-band NYC show since 2008.

Dave Chappelle @ Gramercy Theatre
After a lengthy vacation from the spotlight, one of our sharpest comic minds returned to the stage a couple years ago. It's good to have him back. Tonight's his first of five shows at Gramercy Theatre.

Invisible Familiars, Pool Cosby, Earthy Babes @ Mercury Lounge
Having worked with Martha Wainwright, Cibo Matto, Sean Lennon and others, Jared Samuel's own music, as Invisble Familiars, is an appealing hodgepodge of styles that is at once quirky, folky, poppy and danceable.

Sturgill Simpson, Anderson East @ Music Hall of Williamsburg
Sturgill Simpson made a lot of year-end lists with his terrific take on classic twang, Metamodern Sounds In Country Music. Sold out.

Claude VonStroke, Kill Frenzy, Cranks @ Output
As the founder of Dirtybird and a producer on his own too, Claude VonStroke's been a pretty key player in the whole "house revival" that's been going on. Tonight he headlines Output's weekly INPUT party.

Franz Nicolay, Emilyn Brodsky, Hiccup @ The Acheron
With a CV that includes stints in The Hold Steady and World/Inferno Friendship Society, Franz Nicolay has been solo since 2010 and just released his new album, To Us, the Beautiful.

Two Gallants, Happiness @ Baby's All Right
Two Gallants put out their most rockin' album yet earlier this month, and tonight they begin their 3-night stand in NYC on their tour supporting it. Tonight is still on sale but the other two are sold out.

Etienne De Crecy, All Dom Wrong @ Verboten
A review of Etienne de Crécy's 1996 Super Discount EP spawned the term "French Touch" which would soon be applied to Daft Punk, Air, Cassius and other electronic acts of the late '90s. Crécy's newly released third installment in his Super Discount series is a winner.

Meek Mill @ Best Buy Theater
Meek Mill has a new album on the way, and between his recent single with Big Sean & A$AP Ferg and his recent notable Nicki Minaj and Jazmine Sullivan collaborations, it seems like one worth looking forward to. Tonight's show is sold out, but you can also catch him tomorrow at Webster Hall.

Snoop Dogg, Puff Daddy @ Madison Square Garden
Snoop Dogg's planning to release an album produced entirely by Pharrell, and he's also contributing to the new Game of Thrones mixtape. We haven't heard any of that new material yet, but maybe he'll give us a little preview tonight.

The 'Take Me To The River' All Stars @ Apollo Theater
Memphis music scene documentary "Take Me to the River" is being celebrated with two NYC shows this week (this being the second), featuring some of the artists in the film like soul legends William Bell, Otis Clay, Bobby Rush. Also on the bill is Frayser Boy, Al Kapone, Jerry Harrison, a 13 Piece House Band w/ Stax Records Hi Rhythm Section and The Royal Memphis Horns led by Ben Cauley.