photo: Titus Andronicus at Warsaw in 2014 (more by Mimi Hong) 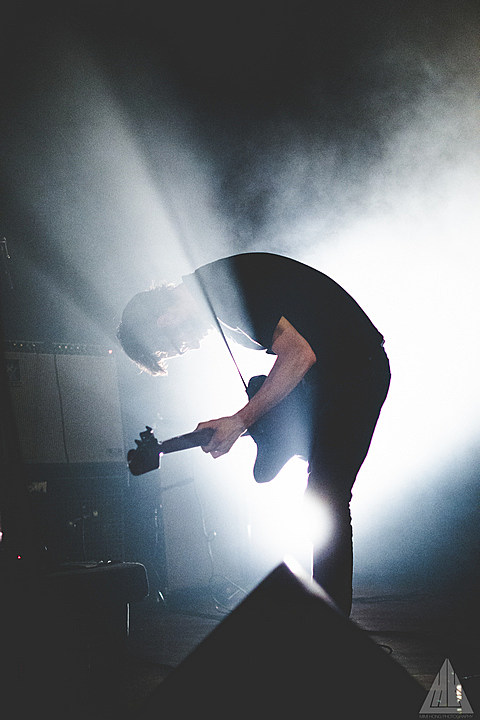 The Hold Steady, STRNGRS, DJ Windows 98 (Win Butler), DJ Chris Tomson (Vampire Weekend), DJ Dapwell, DJ Stefan Marolachakis (Caveman) @ Bowery Ballroom
The Hold Steady have been piling on the live shows lately, and if the fact that this is their third sold-out NYC show in less than two months is any indication, they are a force on stage. Plus, tonight has some pretty famous people hanging in the DJ booth.

Two Gallants, Happiness @ Mercury Lounge
Two Gallants put out their most rockin' album yet earlier this month, and tonight they continue their 3-night stand in NYC on their tour supporting it. Deer Tick side project Happiness open.

Priests, Amanda X, Sports, Leggy, Mannequin Pussy @ Baby's All Right (Indie Pop Prom)
The third annual Indie Pop Prom (which actually features female-fronted punk bands) goes down tonight with a great lineup all around. It's sold out, but there will be a few tickets at the door.

Titus Andronicus, Hard Nips, White Reaper, Nonsense @ Brooklyn Night Bazaar
Most of tonight's good rock shows are sold out, but exactly $0 gets you into this one where one of NJ's finest Springsteeny punk bands play. (In fact, between this, The Hold Steady, and that Deer Tick side project, you have a pretty good shot of hearing someone cover The Boss in NYC tonight.) And Titus go on around midnight, so it's also a good unofficial afterparty for whatever show you may be at first.

Father John Misty @ Urban Outfitters Space Ninety 8
Father John Misty is on night 3 of his four-night NYC run in support of his excellent new album, I Love You Honeybear. This is free, goes from 7-9 PM, and there will be an album signing.

Downfall of Gaia, So Hideous, VYGR, Sangharsha, Hivelords @ Saint Vitus
German post-metal band Downfall of Gaia headline tonight's show, and there's a handful of local openers that make it worth attending on their own.

Dave Chappelle @ Gramercy Theatre (late show)
After a lengthy vacation from the spotlight, one of our sharpest comic minds returned to the stage a couple years ago. It's good to have him back. Tonight's his second of five shows at Gramercy Theatre.