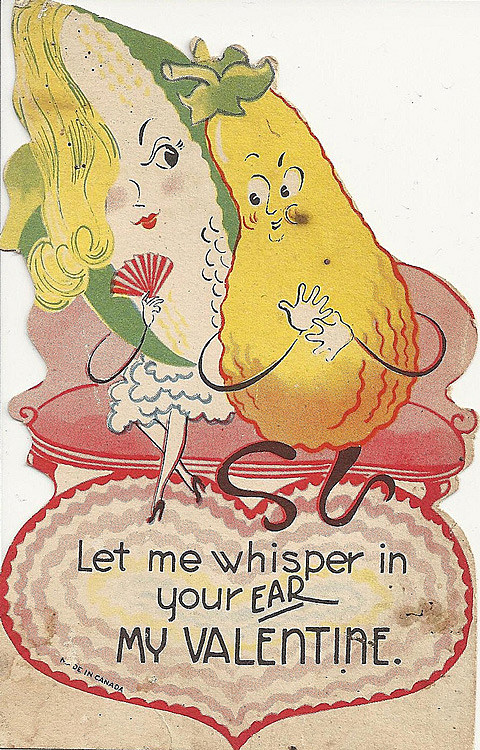 Father John Misty, Guy Blakeslee (of Entrance Band) @ Bowery Ballroom
With a swagger that seems equal parts Jarvis Cocker, Kris Kristofferson and Neil Diamond, Father John Misty is a ham, but a self-depreciating one with an ace band and a whole bunch of great songs. Sold out.

Paul McCartney @ Irving Plaza
In town for the SNL 40th Anniversary, Paul gives a valentine to lucky fans who managed to get to the box office in time to snag a ticket to tonight's show.

Trophy Scars, Pour The Pirate Sherry, Reese Van Riper @ Arlene's Grocery
Shapeshifting NJ band Trophy Scars have gone from making high quality post-hardcore to moving outside of the genre into the realm of progressive rock and a Tom Waits-inspired singing style. No matter which mode they're in, they're good.

Two Gallants, Happiness @ Rough Trade
Two Gallants put out their most rockin' album yet earlier this month, and tonight they wrap up their 3-night stand in NYC on their tour supporting it. Deer Tick side project Happiness open. Sold out.

The Shivers, Tigereye @ Mercury Lounge
Folk duo The Shivers (now with Keith Zarriello joined by Benham Jones instead of Jo Schornikow) released their new album, Forever Is A Word, this month, and tonight they celebrate it with this release show.

The Sons & Heirs, The Steve McQueens, Doug Gillard @ The Bell House
Does you ever feel this way: "Two lovers entwined pass me by, and heaven knows I'm miserable now"? Do you want the one you can't have and is it driving you mad? Morrissey knows how you feel. He's not here tonight but is in spirit with this V-Day party featuring Smiths tribute act The Sons & Heirs and Ohio indie rock legend Doug Gillard. The Steve McQueens, if you're wondering, is a Prefab Sprout tribute band making this a truly special night for '80s-prone heart-on-sleeve types. Who knows, you might meet somebody who really loves you.

Har Mar Superstar, Computer Magic, Crazy and The Brains @ Mercury Lounge
Entertaining goofball Har Mar Superstar can turn any place into a sweaty party, given his ability to mimic '80s R&B and funk... he can breakdance too. Tonight's show is also with talented synthpop act Computer Magic.

Dave Chappelle @ Gramercy Theatre
After a lengthy vacation from the spotlight, one of our sharpest comic minds returned to the stage a couple years ago. It's good to have him back. Tonight's his third of five shows at Gramercy Theatre.

Matthew Dear, Derrick May, Ambivalent @ Verboten
Derrick May was one of the Belleville Three (along with Juan Atkins and Kevin Saunderson) who created the blueprint for techno in the late '80s.