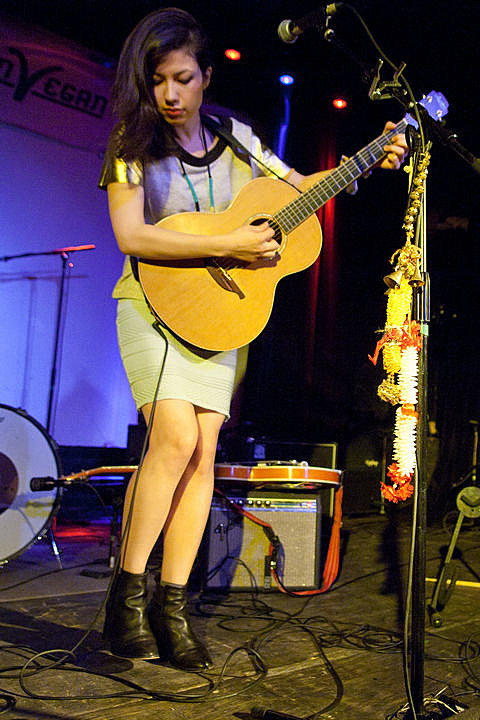 Emmy the Great, Stranger Cat, Aimee Debeer, Will Sheff (DJ Set) @ Baby's All Right
Once known for delicate, emotionally bare folk, Emmy the Great signed to Bella Union and, on her new EP, now has a more lush sound in line with the label's roster (Fleet Foxes, Beach House). She's always been a real charmer live, which we don't imagine has changed. Okkervil River's Will Sheff, meanwhile, DJs in the front room.

Dave Chappelle @ Gramercy Theatre (late show)
After a lengthy vacation from the spotlight, one of our sharpest comic minds returned to the stage a couple years ago. It's good to have him back. Tonight's the last of his Gramercy Theatre run, with 7 PM and 10 PM shows.

Gingerlys, Melt, Leave the Planet, Wild Pink @ Palisades
Tonight's your last chance to catch UK dreampop duo Leave the Planet (worth heading out in the cold for if you like the etherial/indiepop side of shoegaze) and are well pared with locals Gingerlys and Melt.

Colin Hay @ City Winery
Who can it be now? It's former Men at Work singer Colin Hay, who begins his three-night City Winery residency this evening.